Postscript: The Woodsmen of Hebden Bridge

On the way home from Incredible Farm I pulled in at Rough Hey, a large area of mixed woodland on the steep valley slopes above Hebden Bridge. I was looking for Mark Simmonds and Matt Taylor

I’d met Mark at the AGM of the Land Workers Alliance a few months earlier and then again at the Oxford Real Farming Conference He works as a consultant to operations setting up or running on co-operative lines, such as the Fox and Goose pub in the town below which is owned and run by the community. But he also, working with partner Matt, provides woodland management services. It was this that I was interested. I hadn’t got my head around whether woodland activities were to be part of the project, but Mark had been an interested and enthusiastic listener about what I was doing and suggested I just take a look.

Miraculously amongst such woodland – and with great relief given the steepness of the slopes – they were soon found, though have to admit the feat was aided and abetted by mobile phones which, amazingly in the Hebden Bridge terrain, worked. I was was right impressed!

Matt and Mark were trying to stimulate recovery of a greater biodiversity in the woodland. Something I’d never realised when admiring beechwoods, particularly when so spectacular in the Autumn, is that they are pretty good at creating such a thick canopy, nothing else can survive around them. Makes for wonderful walking through the woods but hardly an environment to be proud of. Matt and Mark had had the canopy lopped out and were building up dykes of brashings which would catch the soil laden water after heavy rain as it cascaded down the hillside. In making such dams, they would hopefully create places where seeds could germinate and young plants grow, assisted by the improved light levels they had engineered. To hold it all together new young trees were also being planted

It was a very ambitious plan. The wood is owned by Calderdale Council, and although some monies were involved from the Forestry Commission, it was also largely a labour of love. These were not your average teddy bears to find in a wood. 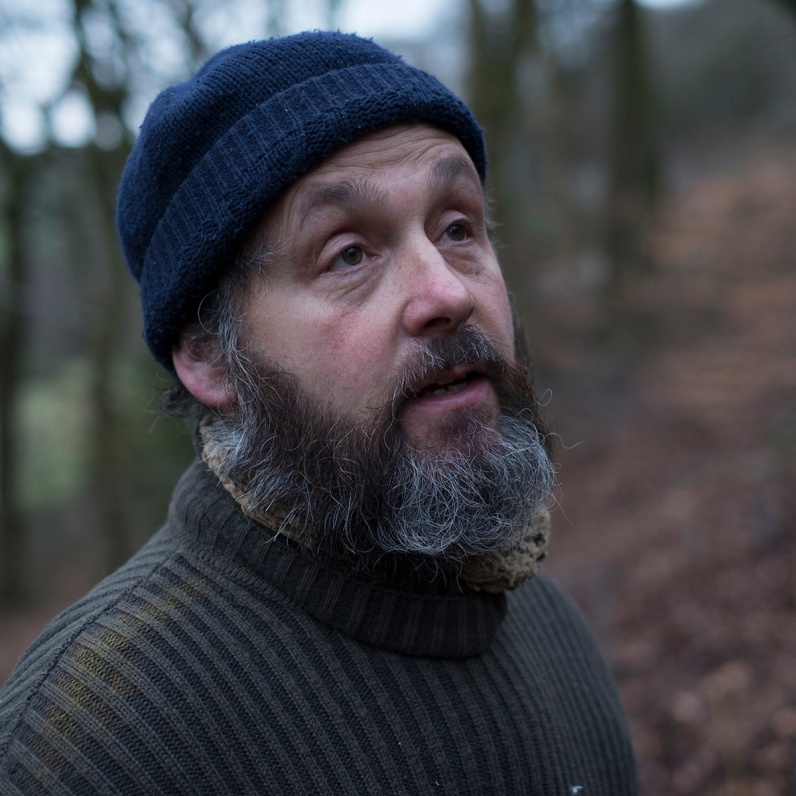 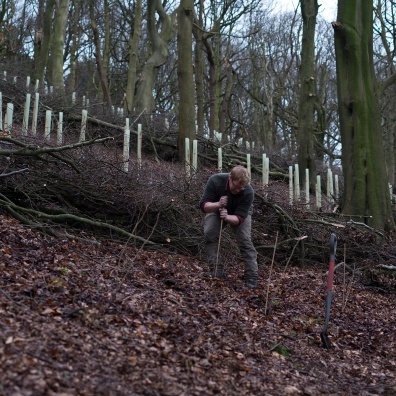 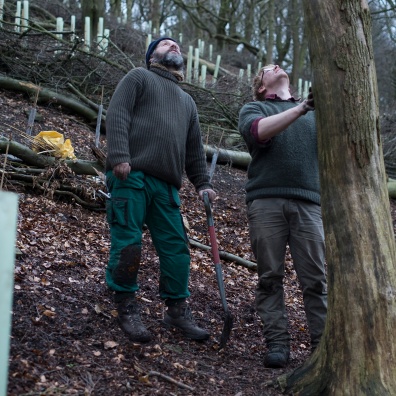 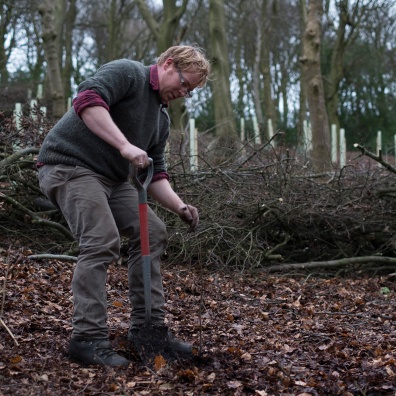 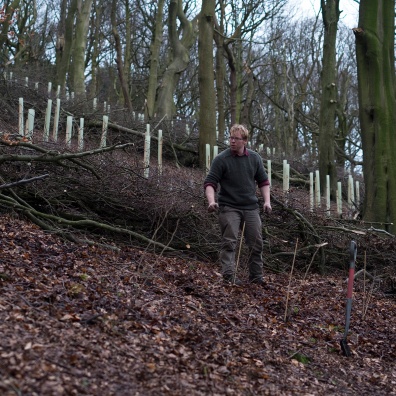 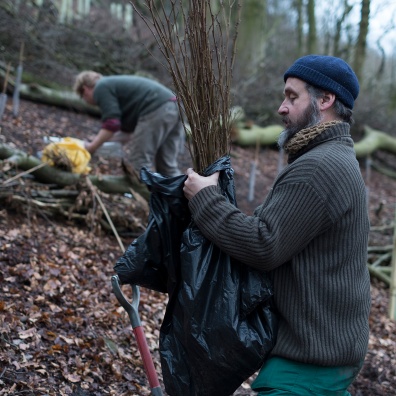 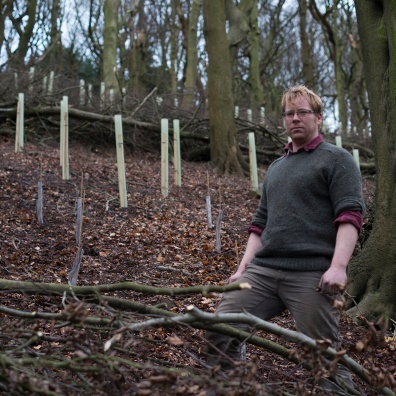 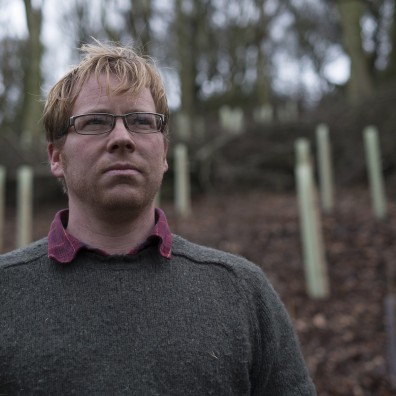 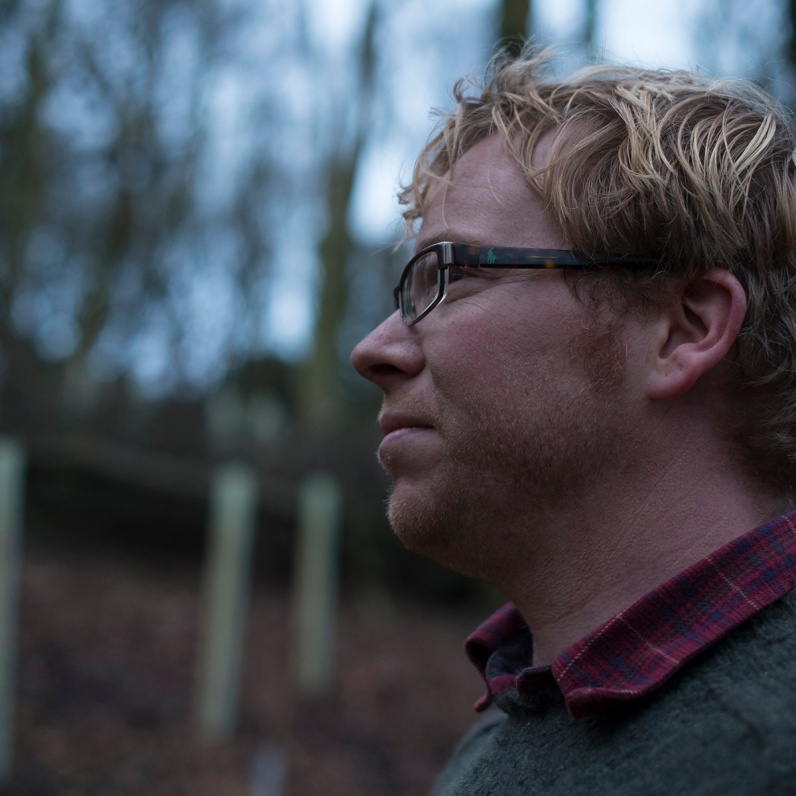 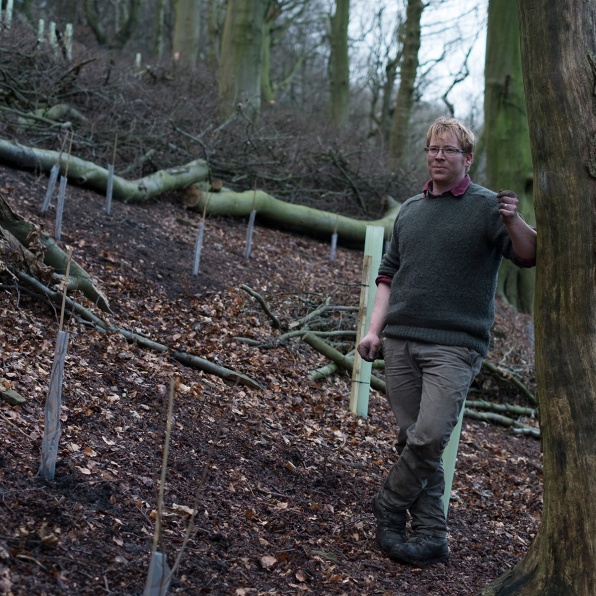 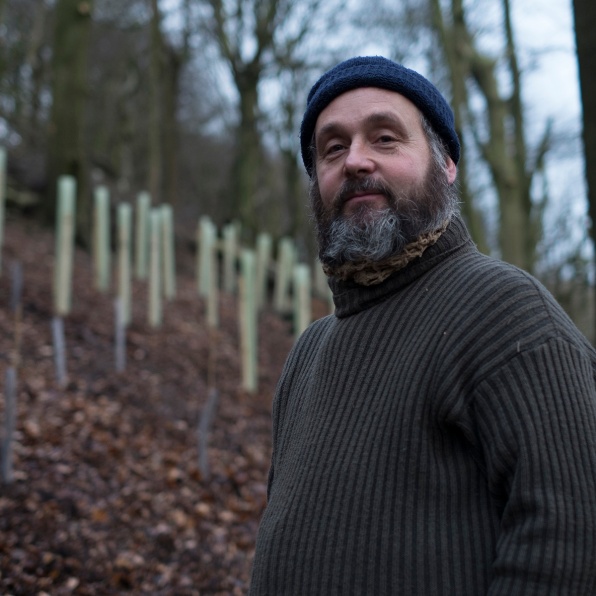