Sitting as it does on a 7.1 acre smallholding to the south of London just outside Crawley, with views towards the skyline of central London and the monstrous homes of the UK financial sector in Canary Wharf, Sutton Community Farm is a community-owned farm formed with the simple purpose of increasing local access to fresh, healthy, sustainable food and providing a shared space for people to cultivate growing skills, get exercise and make friends.

The area where the farm is situated is known as Woodcote Smallholdings and, leased from from Surrey County Council, came into public ownership as one of several areas which were compulsory purchased for use under a ‘Homes for Heroes’ scheme in the 1920’s whereby soldiers, particularly from the north of England, returning from World War One were to be ‘rewarded’ for their efforts by being given land, in the south, on which to start new agricultural businesses aimed at feeding the regions rapidly growing population. In the light of a 21st century viewpoint, this looks a bizarre scheme. But exist it did, and move folk down to the south with naïve dreams of small holding living it did. Whilst, perhaps not too surprisingly, success in providing long term employment to such ex-soldiers was limited, the selected sites across the south east of England have tended to remain under some sort of horticultural use and as such open space free from housing development and the like. That is certainly the case at the Woodcote Smallholding. I found it somewhat poignant whilst there to be reminded – perhaps even tellingly – of the market garden areas around the Fylde and Ribble estuary close to where I was brought up and one-time hubs of market gardening up in Lancashire

Use as Sutton Community Farm started in 2010, when after community consultation, Anna Francis, from local environmental charity, BioRegional, negotiated a lease to it from Surrey Council and then, in response to the consultation, invited local people to come and help create a community farm. Since then progress has steady and solid as a team has been developed with the appropriate growing skills, equipment acquired, development funds raised and the land and its place in the community started to be understood. The farm is now operated by a small team of core staff who are supported by a large network of volunteers to satisfy an aim of being an inclusive space for the community. The farm also supports a structured programme of training, the Sustainable Farming Assistant programme, which aims to provide trainee volunteers with a rounded learning experience so they can then perhaps grow independently.

The key driver at the farm is the vision of One Planet Living. This is a concept developed by BioRegional, the charity responsible for first establishing the farm, and born out of ecological foot printing or measurement of the Earth’s productive capacity against the resources we consume. Such foot printing shows that if everyone in the world consumed as many natural resources as the average person in western Europe, we’d need three planets to support humanity’s existence. And, of course, we just have one……..hence the proposal for a realignment to One Planet Living which now, through work in BioRegional, has been translated into ten practical principles that offer a way to plan, deliver, communicate and mainstream sustainable development and a greener economy. These principles are actually written into the farm’s articles of association and turned into practice with the large dose of permaculture design principles.

One Planet Living aims, in the words of BioRegional, to achieve ‘a positive vision of a world in which we are living happy, healthy lives, within the natural limits of the planet – and we have left sufficient space for wildlife and wilderness’. As I followed growers Charlotte and Joris around their early spring work on a bitterly cold afternoon in the bleak landscape of Woodcote Smallholding, the principles, and commitment to them, were certainly being put to the test!

To find out more about Sutton Community Farm see the farm’s website.

To find out more about BioRegional, see the charity’s website

To find out more about ecological foot printing see the Global Footprint Network. 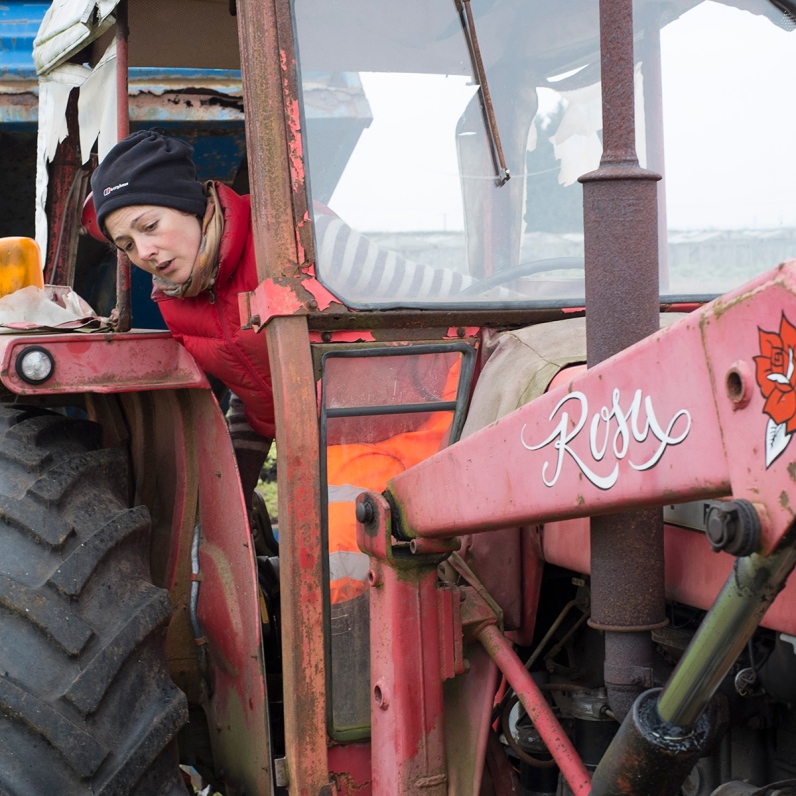 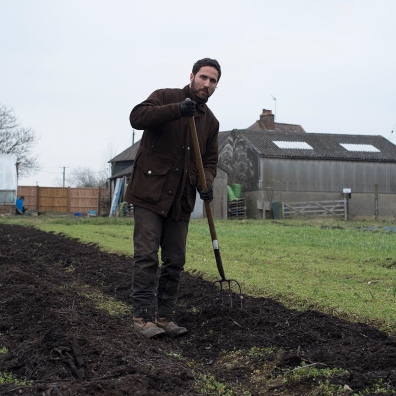 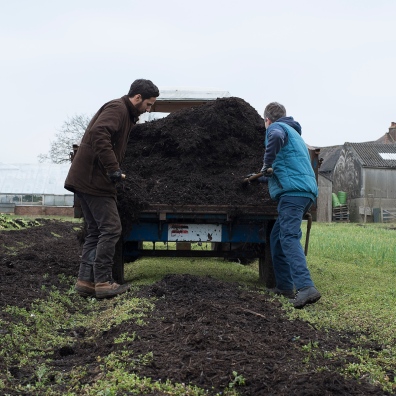 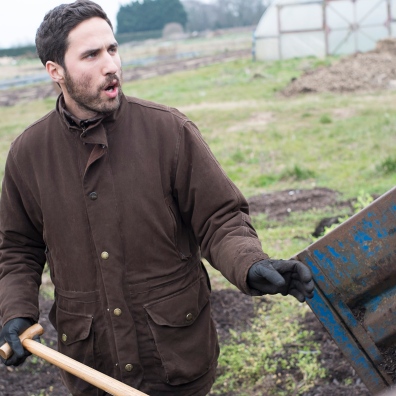 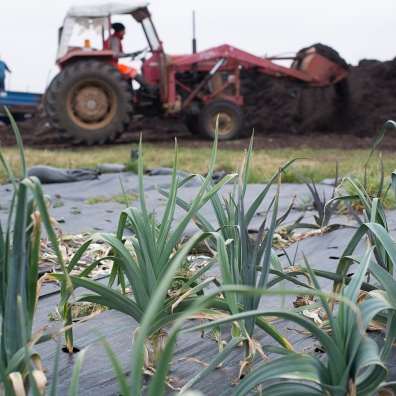 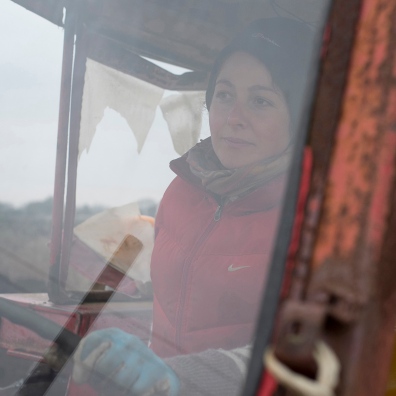 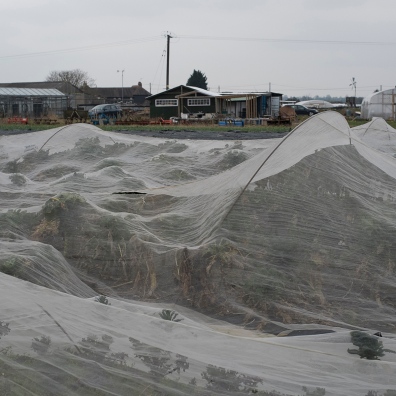 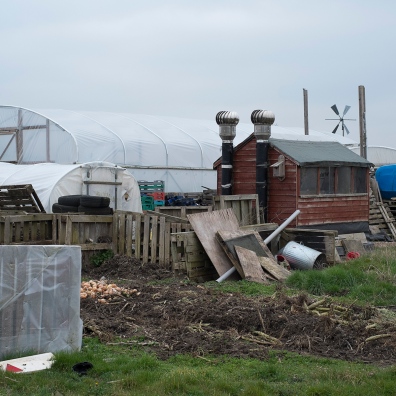 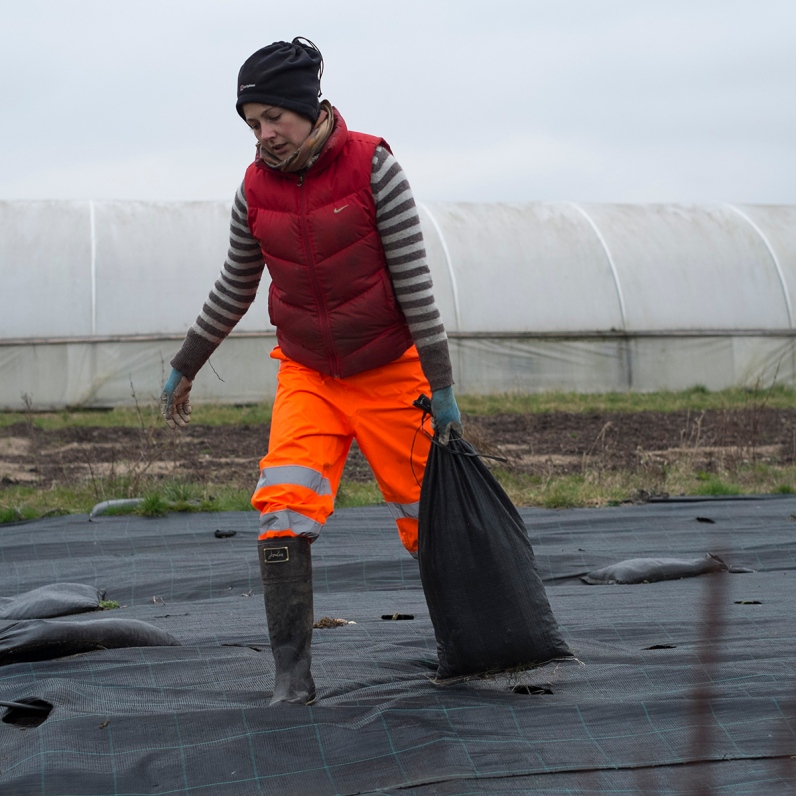 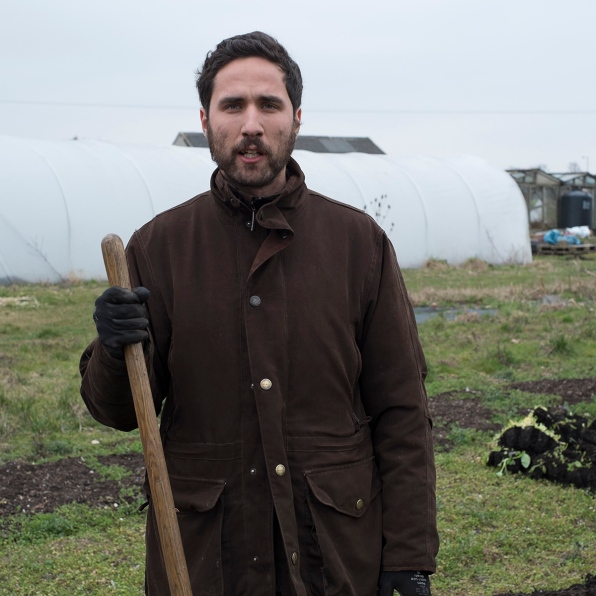 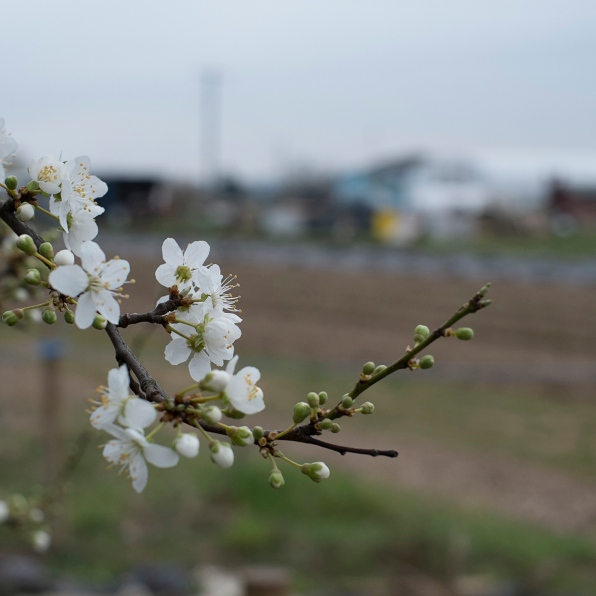 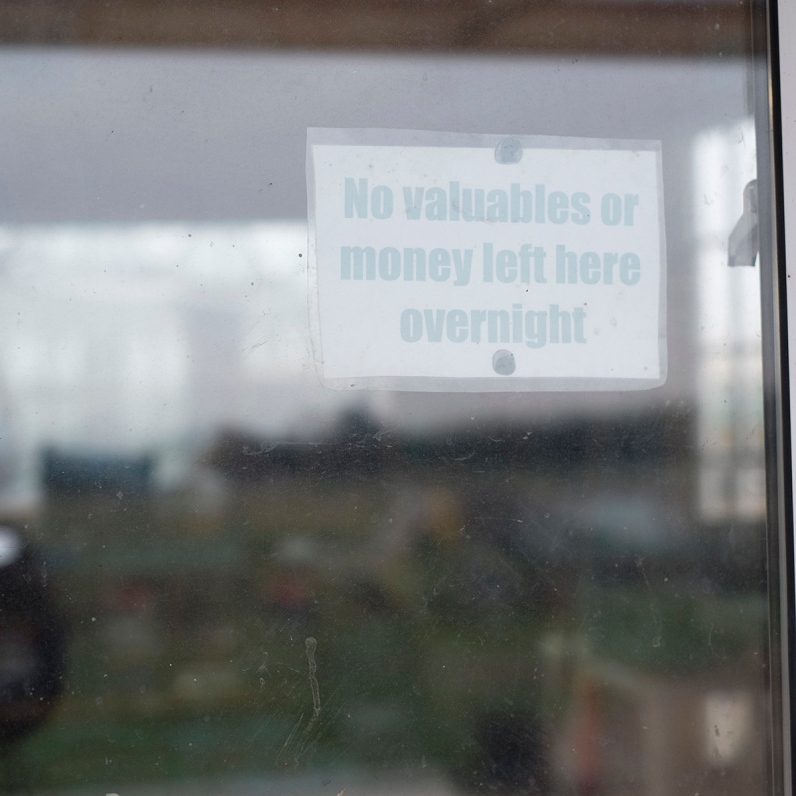 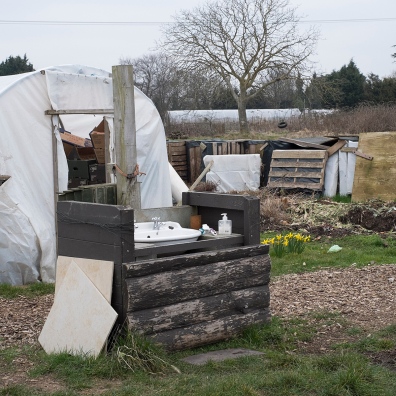 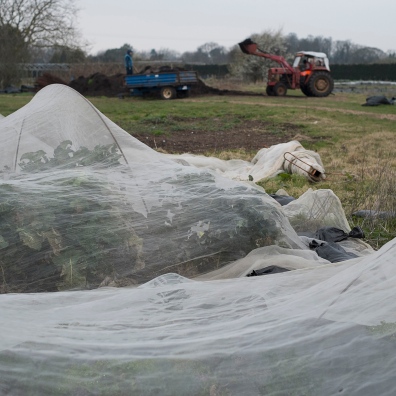 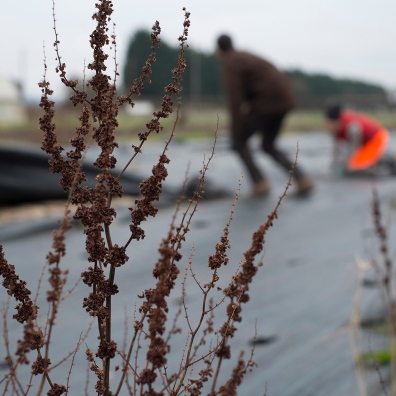 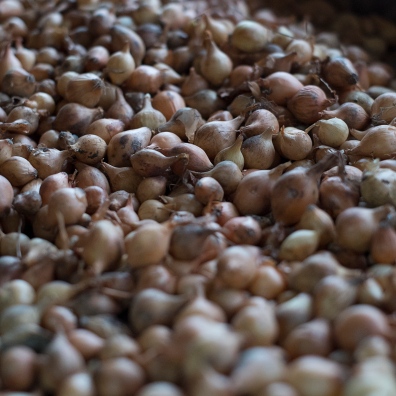 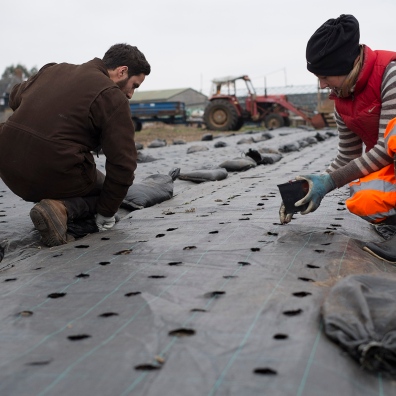 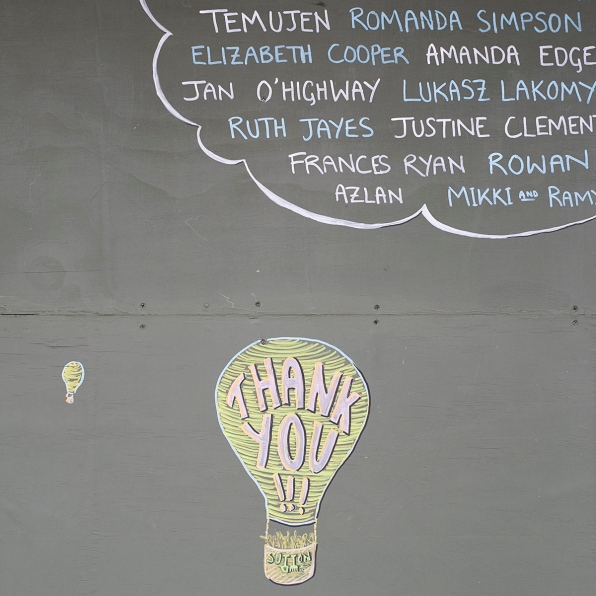 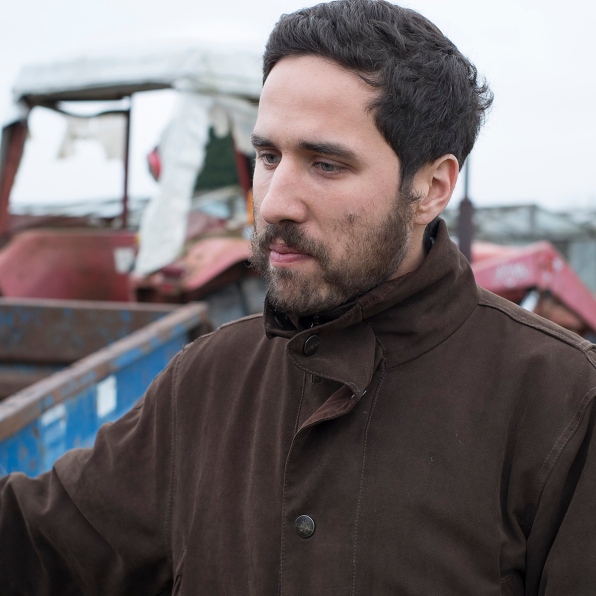