When the good folk of Ovingham decided that they wanted to create a more sustainable village they set up a group called Green Ovingham – and took direct action!

Specifically in terms of food, rather than talking about what was possible they formed GO Local Food Ltd as a member owned co-operative to produce fresh vegetables and salads locally, sustainably and with sound provenance. After launching and testing the idea, an initial group of members was recruited, a lease to 1 acre of land negotiated, and two growers employed……and so it was that a new, vibrant, community-owned business – GO Local Crop Share – was born.

So where is this Ovingham, hot bed of radicalism? Well perhaps not where you might expect. Its in the Tyne Valley between Newcastle and Hexham, and its pronounced with a very soft ‘g’. As is the way these days, its pretty much a dormitory village for professionals working in Newcastle – not exactly a hotbed of social unrest, but make a stand, break the mould they did!

Just to add a touch of surreal the land they farm belongs to plant nurseries Halls of Heddon and is in the neighbouring village of Ovington. This closeness of names resulted in an early decision to translate ‘Green Ovingham’ into GO Local Food, and serve the nearest town of Prudhoe and villages down the Tyne Valley.

From their start in 2011, the crop share scheme has grown steady in number of participants to the current 60 odd, and in the range of crops grown, now growing over 40 varieties of vegetables from chillies to parsnips, peas to butternut squash. The scheme now farms on 2 acres of land with the help of 4 polytunnels. The two growers, Ian and Sean, are aided and abetted by volunteer members who by deed of their stint on the land receive a weekly share of the crop.

The place feels healthy – that’s not only the soil and the crops but the ‘spirit’ of the operation Ian and Sean not only do a great job in running the site, but there is lively banter between growers and members, both volunteers and crop sharers. You get the feeling that Ian and Sean enjoy challenging the palate of their members and the members enjoy challenging them to grow an ever more exotic range of produce. To keep everything in some sort of check, the scheme is overseen by a small ‘board’ and 4 working groups, so even if members don’t want to get their hands dirty there are always ways to contribute.

The underlying aim is to reconnect the local community with the food they eat and the land on which it is grown. And its done with more than just vegetables though. GO Local Food now hold events, such as cookery workshops, Summer barbecue, picnics, the annual scarecrow competition, Growers Question Time and the Harvest Supper & Halloween Quiz night, it sometimes sells to local cafes and pubs, SUMA whole food products, bread, home-made jams, fruit and eggs from other small local food businesses. Its a vibrant community that has been pulled together, though its also clear that doesn’t mean they don’t need to watch the finances.

The biggest tribute I can pay to the team is that their crops, and polytunnel produce in particular, were as good and as advanced as anything I had seen in the south east a week earlier. Ian’s explanation is that the cold in the north east is largely from wind. If you protect from that wind with say polytunnels, then there is sufficient sunshine to make it as productive as any where in the UK. On a day when it threw it down with rain the whole of my visit, such boldness of ‘can do’ approach, whether true or not, captured the spirit of this lively mould breaking scheme. High fives, man – GO Local Food rules, OK!!

PS The day I was there was also share hand pick up day. A busy day for the growing team, but to be the last one for Ian for a little while. He was off to the hills of Northumberland to be locum midwife to a few hundred lambs!!

For more on background on GO Local see the scheme’s website or for more dynamic content see the Go Local Food blog site. 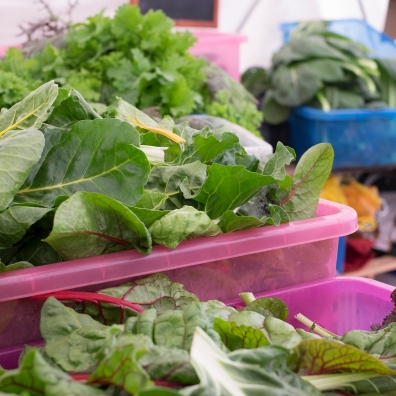 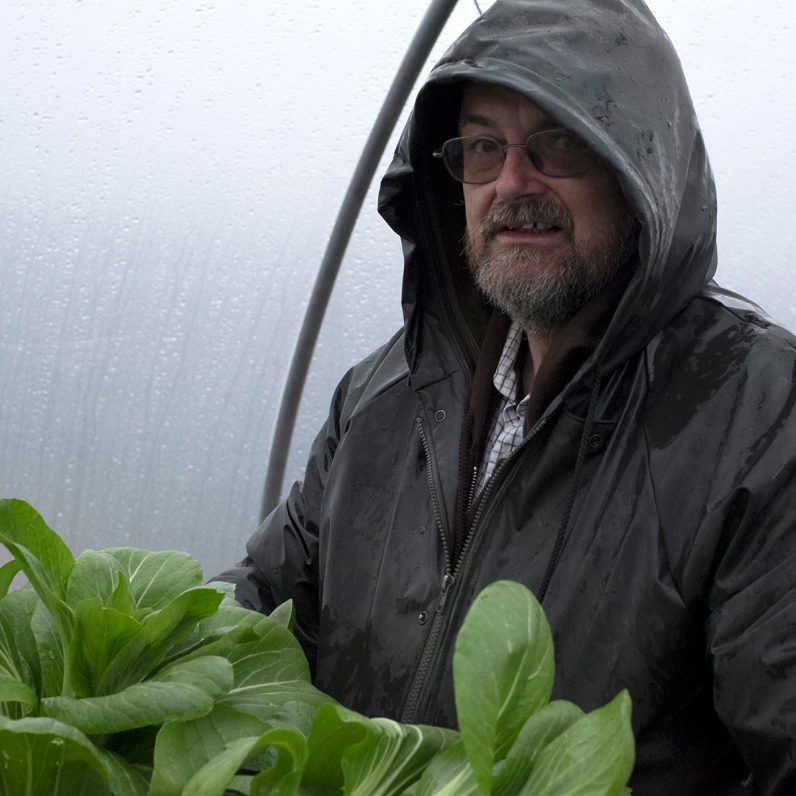 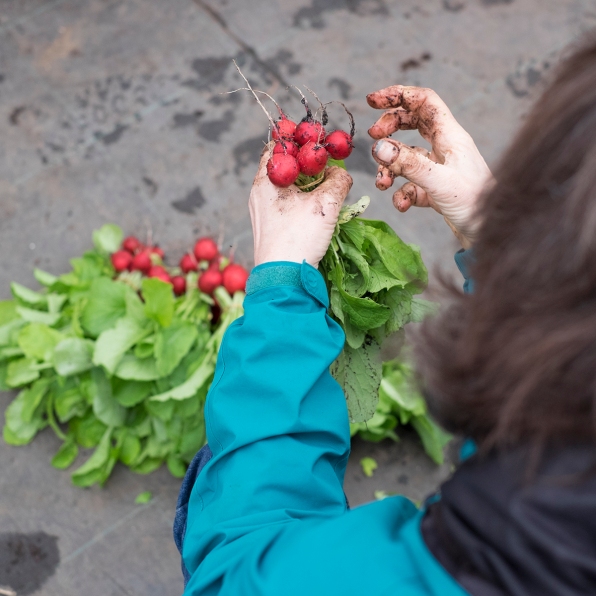 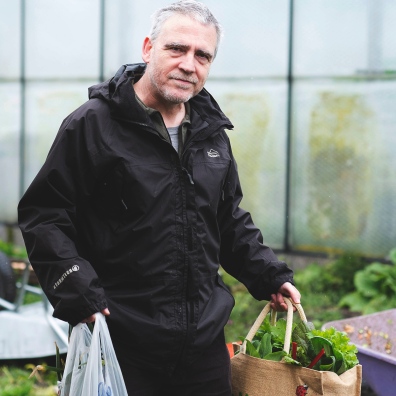