Writer, researcher, activist and grower, Rebecca Laughton – known to most as Bee – has had as much impact as anyone on the agroecology movement currently emerging across England.

Bee is probably best know as author of ‘Surviving and Thriving on the Land‘ which is very much the defining text for living and growing sustainably and self sufficiently. It was during university times in Newcastle that Bee started to become aware of the problems and destructive potential posed by industrial farming methods. This insight was to prove fundamental in her decision, after a brief working interlude following uni, to join in the founding of the woodland community of Tinker’s Bubble just outside Yeovil in Somerset. More on Tinker’s Bubble with my next post – I visited them straight after leaving Bee –  but it was here that she learnt of living and managing the land sustainably and without fossil fuels. The community have 40 acres of plantation forestry, old orchards, gardens and grassland, and whilst living in individual homes – all self built sustainably – live communally with shared cooking and eating for example. Instead of fossil fuels, they use hand tools, a horse, wind and solar power, with firewood for cooking, heating their homes and fuelling the steam engine that powers their sawmill. 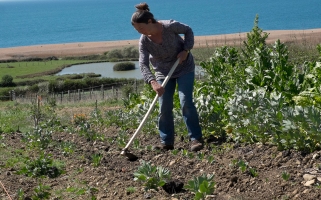 Bee lived at Tinker’s Bubble for four years before embarking on travels around the UK and France researching other land-based projects. Travelling by bike she visited 28 different land-based projects and eventually finished up staying with a community high in the Pyrenees. This journey led directly to the writing of the book and its publication in 2008.

Bee is also active in the Landworkers’ Alliance both as a part time paid researcher and activist volunteer. She was one of the core founding members and is still a member of the core team who co-ordinate activities. Her current growing activities are based on 1 acre of land leased from two stalwarts of the organic movement, Josephine and Arthur Pearse at Tamarisk Organic Farm just outside Bridport in Dorset. Bee works on the land in the morning and writes in the afternoon.

This is her second spell at Tamarisk and its easy to see the draw. The land is up on the hillside above Chesil Beach, with fabulous panoramic views along the Dorset coastline to Lyme Regis and beyond. It has to be THE best location of all that I visited, even including that of Shipton Mill which was stunning. On the gloriously warm sunny morning that I was there it was idyllic.

Not that Bee gives herself much time to gaze. Working largely with hand tools (she has the odd tractor visit to turn the land at the start of the season) she needs to commit both mental and physical energy to her working of the land. We met in the small kitchen garden area before moving into the open field where the bulk of the vegetables are grown. A wonderful wheeled device  – brought in from the USA – was her only piece of mechanisation. She dreams of enough land to warrant horse power – that’s real horse power,  power as in a horse. Tinker’s Bubble style!

The morning flew by before we had a lunch of fresh salad and cheese, awaiting an interview to come on the radio which Bee had given to Radio 4. It was then off to Tinker’s Bubble for me and an afternoon over the computer for Bee. It had been that wonderful combination of socially enjoyable and yet deeply thought provoking to the point of inspiration. Bee is one of the very special ones. Eat your heart out José Mourinho, you ain’t got nothing on her! 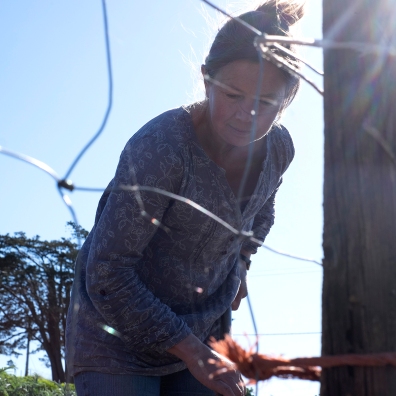 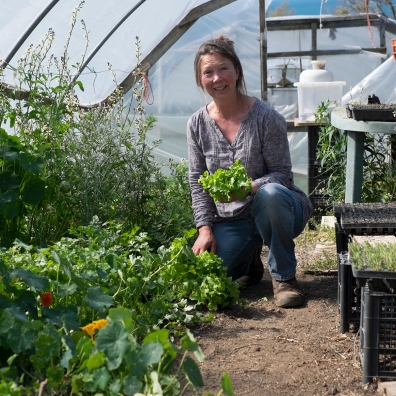 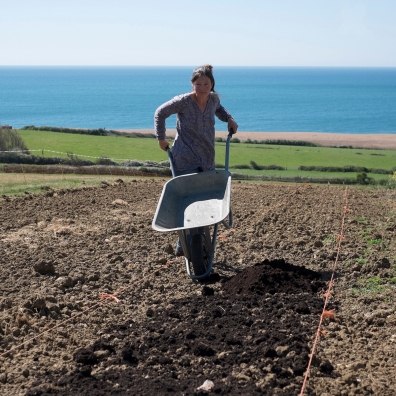 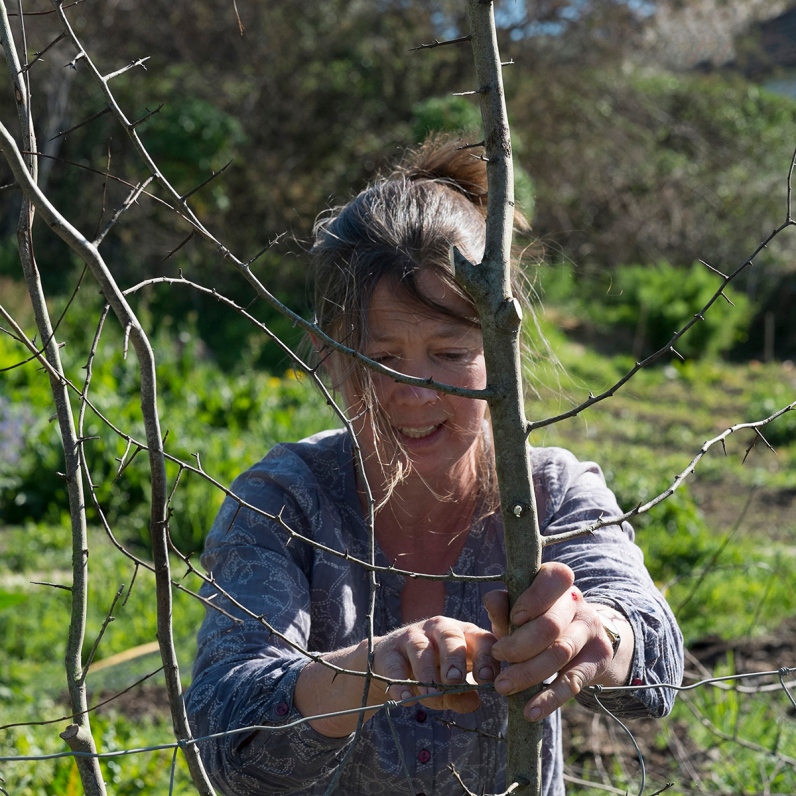