Hidden in the woods of Norton Covert just outside Yeovil in Somerset, Tinkers Bubble is a community of twelve adults plus several children organised into family groups for living space but otherwise living, growing, cooking and eating communally having been drawn together by a shared passion for low impact living. It’s a true intentional community.

Tinkers Bubble was established in 1994 on 40 acres of land consisting of about 20 acres of woodland plus orchards and pasture. The land is owned by a co-operative formed with the intent of creating a woodland based community. Acquiring planning consent for dwellings on the site was a hard-fought battle, but there is now permission for temporary dwellings with limitations such as to the number of vehicles owned by the community. To achieve such though, the founding group had to take their case to the High Court of Appeals and in the end only won with a time limited permission to erect temporary dwellings – which also had to be out-of-sight so forcing the group to live on the top of a steep hill within the woods! We really are such a tolerant society!

The rules of living at Tinkers Bubble are simple yet demanding, and in contrast to their closest neighbours with their executive houses and manicured gardens, are based on the community using just the resources it needs and no more. There is a ban on the use of fossil fuels on site and all electricity is solar or wind powered. They cook on a wood stove or over an open fire. Most of the dwellings started off as benders, though the longer the community is there, the more wood, straw bale and cob walls appear. The main communal building is of wood and thatched with recycled reeds from a local house. It houses the kitchen (though the pots and dishes and sink are outside) and a communal sitting area and loft. There is also the bathhouse that houses a bathtub and a wood-fired water tank, and which also serves as laundry. Food-wise, a handful of Jersey cows supply milk from which are made yoghurt and cheese, while a small pig herd is kept for meat. The majority of the vegetable produce that is eaten is grown organically in the community market garden, orchard and fields, anything bought in is organic. Horse power is used for any heavy mechanical operations.

Though the land is cooperatively owned, the community do not share income. Everyone has to figure out their own means and this includes a weekly contribution to communal expenses. With living expenses low though, few problems seem to arise with work being found locally and usually on the land. In addition everyone has to commit to one and a half days communal work per week within Tinker’s Bubble (gardening, woodland work, building management, etc.) and one rotational “domestic” day when they wash dishes, do communal house cleaning, and cook for everyone.

The community earns a small income by selling surpluses of the home-grown organic produce at local farmers’ markets. In addition the woodland is managed productively. All the timber is sustainably produced, felled by hand, logged by horse and sawn, ready for use or sale, by a large saw driven by a huge wood-fired steam engine located in a straw-bale barn – noise insulation, neighbours!!!!.

The community accept working visits from WWOOFers, so providing a chance for others to experience their way of life in some depth. For me it was just a half day mainly in the fields with Pedro and Jake plus some of the then WWOOF cohort. I was though lucky enough to see Charlie, the horse, being put to use turning over land ready for sowing and planting. It was a half day which, like many on my journey, I will never forget. I’m not sure, particularly having reached a mature age (!), that I could live entirely in the Tinkers Bubble world, but to me it is quite awesome that (young) talented people should be choosing this way of living. It has to be a brilliant beacon of practical hope in an otherwise largely depressing world. The members of Tinkers Bubble are not freaks, They are human beings whose way of living offers learning and insights that all of us could beneficially integrate into our lives. Massive thanks you to everyone at TB, Sophia in particular for setting it up, but massive thanks to Charlie for an amazing sight!

Previous residents at Tinkers Bubble whom I have already visited include Simon Fairlie at Monkton Wylde Court, Tasha and Patch at Little Brympton and Bee Laughton now leasing land at Tamarisk Organic Farm, 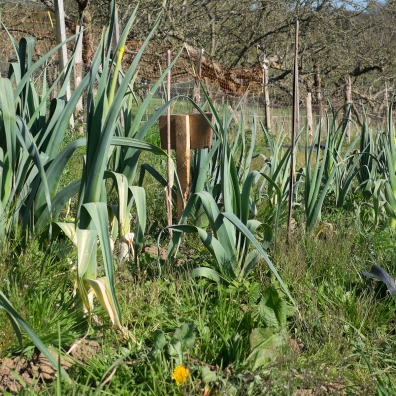 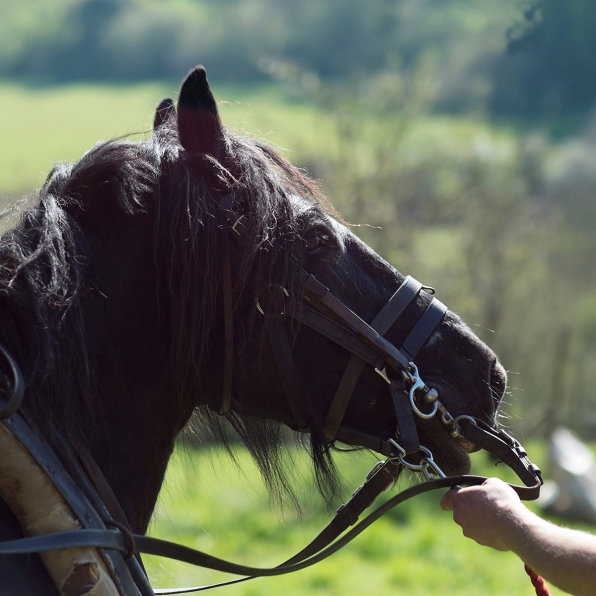 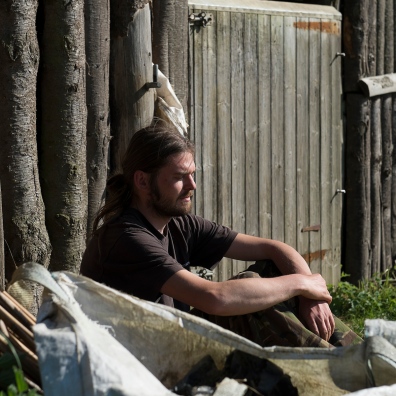 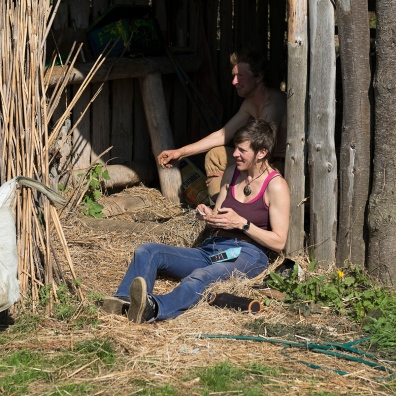