Helen Kearney is a degree qualified medical herbalist, and along with husband Stuart is the tenant of one of the three plots of land at Greenham Reach on the Somerset/Devon border near Wellington, and owned by the Ecological Land Co-operative (ELC). They are aiming to turn their virtually virgin land into a viable small farm producing both food and herbs for Helen’s medicinal practices.

Helen and Stuart were invited to take up the tenancy after the first choice couple were unable to move on site. Though they are as a result 12 months behind the likes of Alex and Ruth on the Steepholding plot, there is nothing second rate about their effort, ambitions and commitment. The day I was there they were going at it putting beds into place for the herbs with the help of some enthusiastic volunteers. They were following the no dig methods of Charles Dowding.

The Dowding no dig practice certainly needs faith when its applied to a grass field which has not been worked for many years. It’s an odd sight, to say the least, of patches of cardboard laid flat on the floor and then topped over with good soil and compost. Charles Dowding argues that the plants and microorganisms in the soil will work their way to wherever they need to go, making digging redundant Whilst a major saving in effort, it also has the distinct advantage of not kick starting dormant seeds lying below the surface of the soil, by disturbing them and bringing them up to where they will germinate. It was a method I had never seen before and must admit to being somewhat sceptical at the sight at Greenham Reach. However I was later to visit Charles and his own plots which speak for themselves – I’m now practising in my own garden. Watch this space as the blog develops for the evidence to kill of any such doubts!

Helen and Stuart have a background in permaculture, cooperatives, organic growing and outdoor education and moved to Greenham Reach from a local village – Helen was born not far away in Plymouth and brought up nearby (Stuart is from Bury , Lancashire way – so an interesting combo!!) and has two local practices for her herbal medicine. The planning permisson for the site allows development as  a farm for a period of five years for the initial time granted to ELC and after which full permanent permission must be sought if the residents wish to remain. Helen and Stuart brought their tow daughters with them to their new home – the actual home being a couple of totally off grid caravans – their son having flown the nest, leaving them well (better?) placed to concentrate on the task at hand of turning the 5.5 acres or so into financially viable farm. It’s a daunting task with in effect the first two of five years available lost to them, but one which, having spent over day with them, it is more than clear they have every intention of succeeding in.

For the story of neighbours and fellow pioneers, Alex Wilson and Ruth O’Brien, see my previous blog.
For more on Greenham Reach see the short text following the images or the link from the text.
For more on the Charles Dowding way of working see his webite, No Dig Organic Gardening. 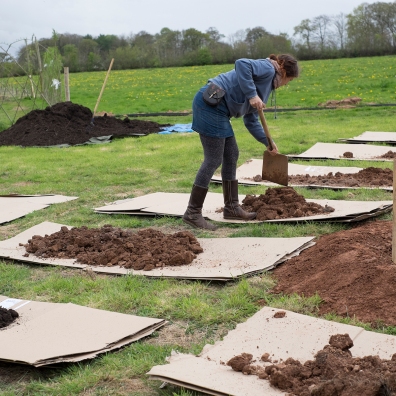 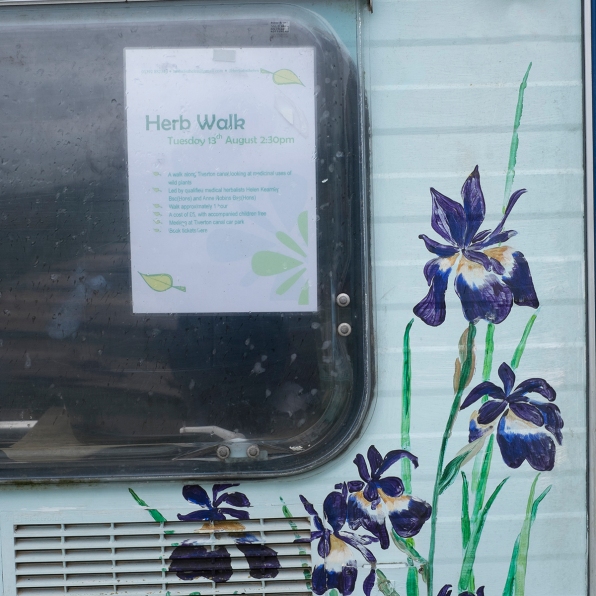 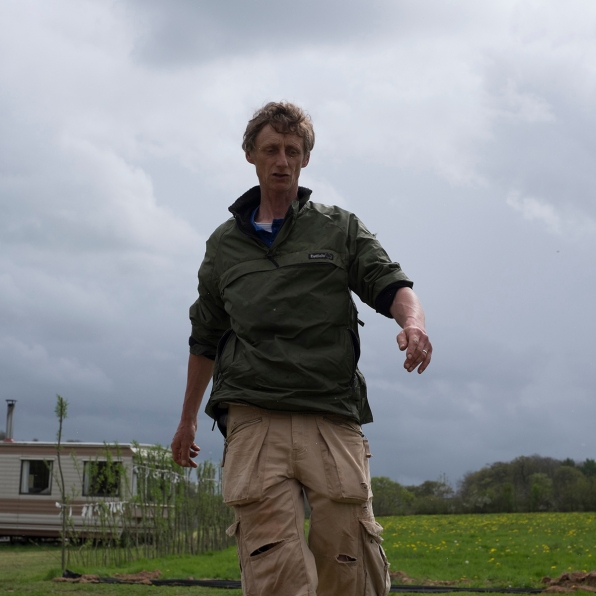 Greenham Reach is the product of the ambitious Ecological Land Co-operative, a social enterprise formed to address the lack of affordable sites for eco land based livelihoods in the UK. Greenham Reach is their first ground-breaking project aiming to create three affordable smallholdings. Each of the households at Greenham Reach are trying to prove that it is possible to support themselves from under ten acres, off grid, working independently but co-operatively to produce food, medicine and plants for the local and wider community. The aim is to establish livelihoods from the land and secure permanent permission for their households by 2018, and so help this unique model to spread more widely across the U.K. And supporting the vision of a truly sustainable approach to farming and food production – creating a world where small-scale ecological food producers form a key part of vibrant, happy communities and where people feel a deep connection with the food they eat and the land that sustains them.