Meet a man who grows fabulous vegetables in a mixture of charcoal and grass cuttings, whilst at the same time registering a negative carbon footprint i.e. decreasing the carbon in the atmosphere in its climate changing form of carbon dioxide and trapping it in inert form in the soil.

Ed Revill is the man and he’s located on the Gower Peninsula in South Wales, just outside Swansea, where he lives and works within a small, off grid community of Holt’s Field. He operates as Swansea Biochar where he combines the agroforestry technique of alley cropping with charcoal producing heat sources by returning the charcoal – referred to as biochar to reflect the intent of using it in agriculture – to the soil in which crops are grown. This Ed believes results in crops producing a net increase in carbon drawn down from the atmosphere and stabilises this carbon in the soil in ways which build soil structure and associated microbiological content. There can be no doubt that the crop output is prolific – and its all sold or distributed locally, with any deliveries being with a horse drawn cart!

In simple terms, Ed is using wood from local tree, garden and green waste collection services, along with his own coppice wood from the alley cropping system, in specially constructed rocket stoves – stoves which don’t burn wood directly but use the volatile gases from heating wood as the fuel and which contain over 70% of all the energy in the wood – to produce the heat with which to cook and service his house, and through his modification of the stoves is able to collect the carbon from the wood as charcoal at the end of the process. He then layers this on his growing beds – which are separated by rows of trees and shrubs to create his crop alleys – alternating with layers of grass and other green garden waste, and plants directly into mixture. Having started the beds he then avoids all practices, including cultivation, which he belives adversely influence soil carbon – not just biocides and fertilisers but even walking on the beds – instead applying what he calls ‘soil carbon influencing factors’.  Rather than being problematic, Ed’s argument is that such methodology  means that he does not need much in the way of additional inputs on the biochar rich areas because the soil holds onto nutrients and water and weeding is made easy by the ease with which it is possible to uproot weeds from the light, porous soil?

Ed’ s thesis is that the carbon as charcoal is stable in the soil and is not utilised by the plants as nutrient. Hence he is thus getting his net increase in soil carbon. Moreover the well known surface adsorption properties of the charcoal – used for centuries in chemical processes to purity and extract – are able to interact with the ‘raw’ organic material so as to ensure a more healthy breakdown to usable organic nutrient and to activate beneficial mycorrhiza. It’s a technique used hundreds of years ago by now extinct Amazonian Indians who we know built up rich loamy soils called Tera Pretta some 6 feet deep using the technique.

Ed’s not been growing that long at Swansea to have several feet of soil, but he does have the beginnings of a deep, black, rich soil – along with the proof of the pudding in the form of his veg output. It was without doubt some of the finest stuff I saw throughout my whole tour – his produce was simply stunning.

In fact I can’t describe the whole experience of a day with Ed as anything other than truly astonishing There is just so much going on in what he is doing it is difficult to take it all in – carbon sequestration, micorhizzal enrichment, no dig or plough, heat for living, close loop systems etc etc. Forget the details for a moment, here is man a man exploring methods through which climate change can be reversed through producing food!

But this is not some freakish geek shooting off with one half baked scheme after another. This is well founded science. Ed is able to expound a scientific rationale to all he is doing, and its a rationale which as a trained and practised biochemist I was unable to fault. In fact quite the contrary, his assumptions and concepts for the properties of carbon are more than well established in the chemical world. It beggars belief that outside of the currently small world of alternative growing, Ed’s experimentation and demonstration of farming with biochar is virtually unknown. Worse than that, it is quite clear talking with him that he is totally frustrated at constantly finding that what he is doing lies outside the terms of development and other public body grants

Why, oh why!!!!! It can’t be for lack of passion or commitment. It just simply beggars belief. Ed is dedicating his life to the development and demonstration of a new agricultural method which reverses climate change. We should be ALL shouting from the rooftops about him and what he is doing. Even if he is only half right – and I am convinced its much, much better than that – we, the human race, just can’t afford to ignore his work if we want a future. Here is a demonstration that there is one resource – the soil – which can be built upon and which in turn will feed, clothe and give us crops for fuel if we only do it right.

Recounting all the detail of which Ed expounded during the visit would be impossible. His energy and enthusiasm is amazing. His website through – www.soil-carbon-regeneration.co.uk -expounds in detail on all his ideas and practices, including details on how to make and use his modified rocket stoves. There is also a three part series for Permaculture Magazine, where Ed discusses the creation, and application, of biochar – again including his own biochar rocket stove hybrid. Please, take a look and then tell the world!!! 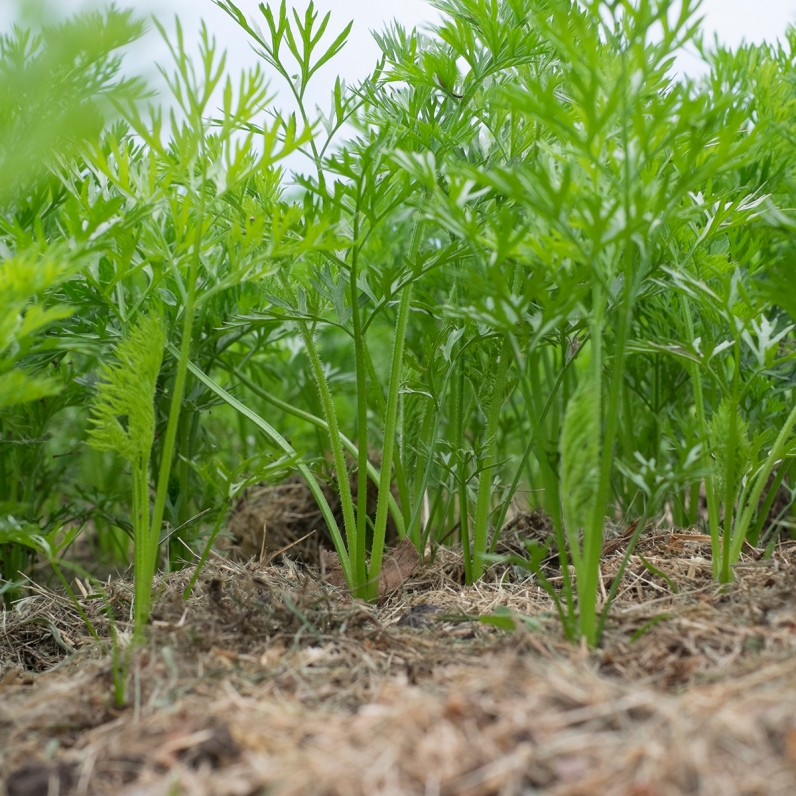 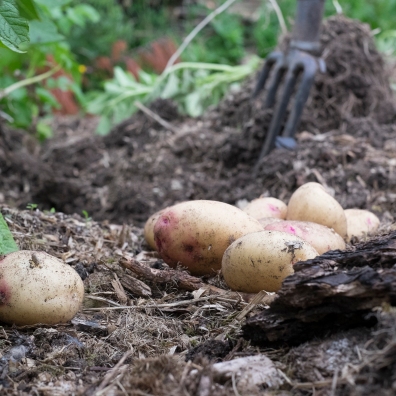 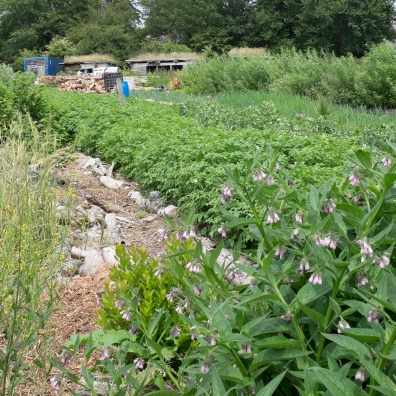 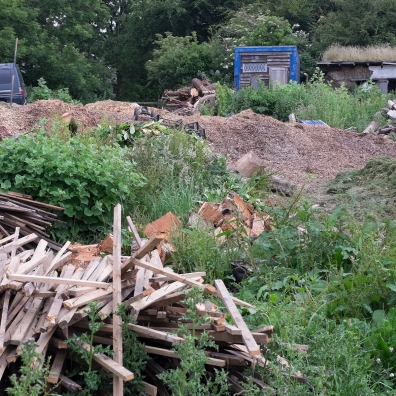 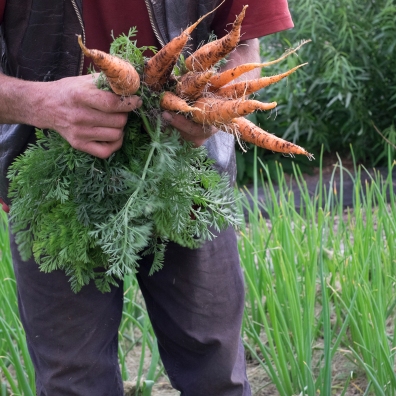 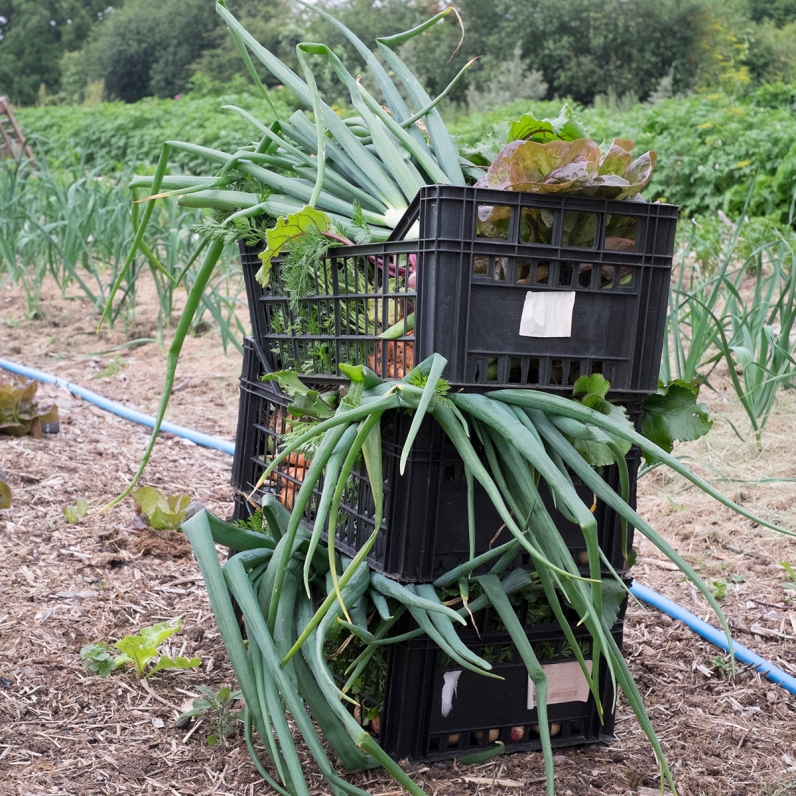 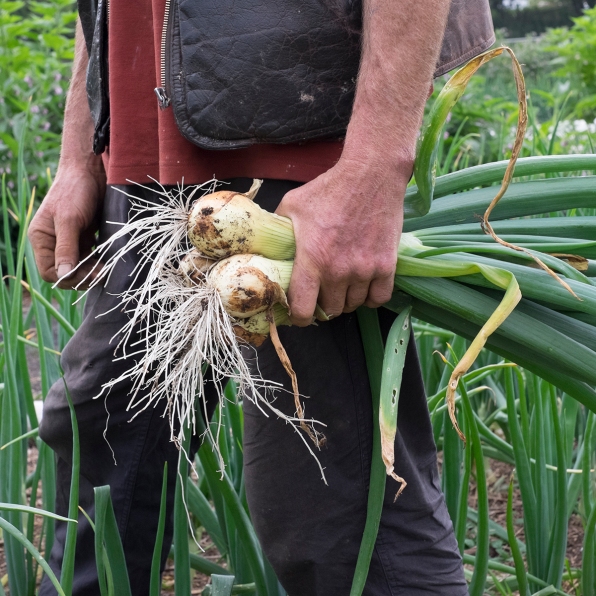