The Paddock – In The Business Of Growing

I’d first met Laura Burlison back in February when the winds were coming across her patch straight from the North Sea – she was the one who was ‘gonna be a grower’. By July things were very different – The Paddock was alive and she was growing. Canny lass!

In fact we’d had to cancel a few visits earlier on with the weather so bad, it was a strange experience to be at the paddock with the sun shining – the north east in summer! The Paddock had come about when Laura had returned home to High Spen from travels worldwide after having got herself nicely qualified with degree in sociology. Gone were ambitions of youth work, instead a new ambition burning of growing food – but growing it small, scale, sustainably and selling direct and locally.

That was three years ago and having fenced off most of the family paddock, her beloved horse was limited to a small patch whilst she set out growing veg and keeping chickens for eggs on the rest. She is running a nice little business through her veg box scheme and The Paddock was abuzz with activity – and now had the helping hands now of a couple of local volunteers, Lauren and Mick.

Indeed it’s not just a veg place but the small holding is a real menagerie with the hens freely wandering where they will and accompanied by a couple of pet goats and a small gaggle of the most ferocious geese you will come across – brilliant ‘guard dogs’ – along with brother’s brightly painted travelling caravan.

Brilliant stuff – the jewel in High Spen’s crown! Such a wonderful combination of ethical and sustainable practice combined with a pragmatism which gets things done – with a touch of help from Mam and Dad!

PS Not long after my visit Laura started on her own reinvigoration of High Spen when she took over a disused shop as the base of her ‘office’ activities and to provide an alternative outlet for the produce.

PS A short time after that, Laura, as a recipient of support from the Prince of Wales Trust, was called down to a garden party at Buckingham Palace. Rumour has it she bought a dress for the occasion! 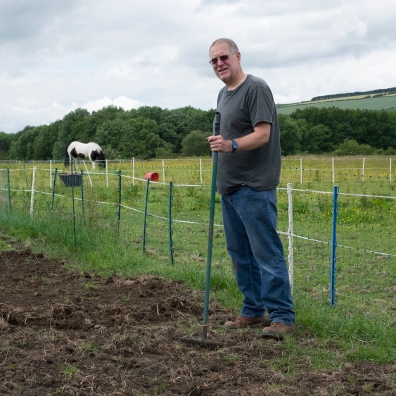 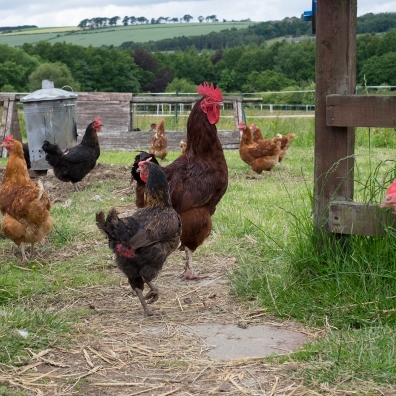 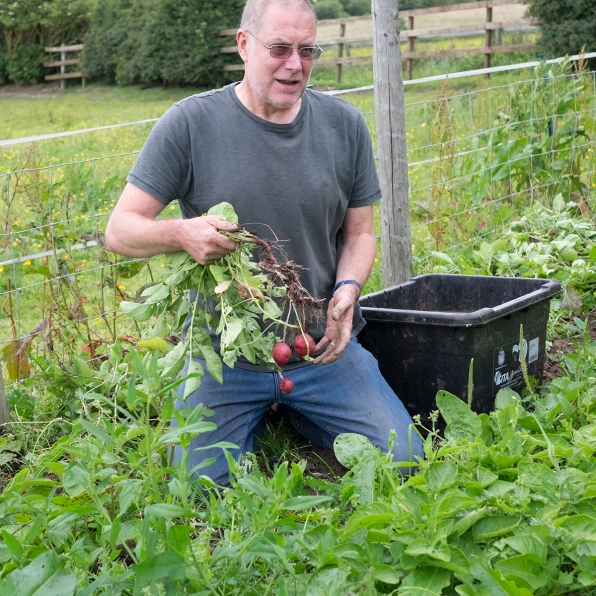 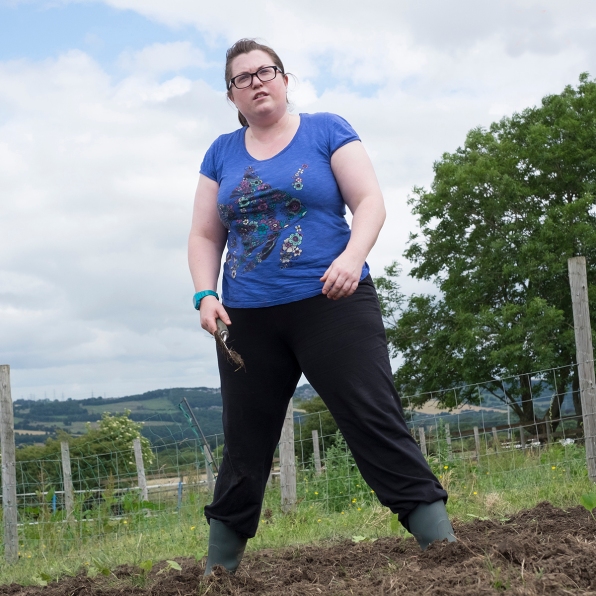 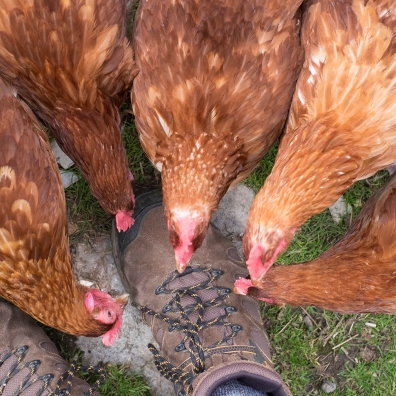 Double clicking on any of the images below will open up that image up in a slideshow format. You can then run the slide show using ‘left’ and ‘right’ buttons.  Personally I prefer to go also to full screen having opened the slide show – F11 on my PC, don’t forget to get out of full screen is the same button , not ESC!]