Ethical, raw, Jersey milk from ‘purely pasture’ fed cows allowed to keep their own calves, may seem a pipedream, but its pipedream which is being made real at Calf at Foot Dairy just outside of Lowestoft. It is one of only two dairies in the UK using the ‘calf at foot dairying’ methods.

Calf at Foot Dairy is the creation and brainchild of Fiona Provan, dairy-lady extraodinaire. Visiting her has to be one of the key highlights of my tour around alternative farmers and growers Her herd is only small – at the time of my visit she just had half a dozen milking cows – but the cows receive real love and compassion.

Female mammals have to give birth in order to lactate – something which is so easily forgotten when we pick up those clinically unemotional cartons of milk in the local supermarket. In order to have it available, cows have been pregnant and given birth somewhere recently. Usually the new calves are taken from their mothers within days of birth and fed an artificial milk replacer – sharing the milk with a young calf is not up for consideration in a purely economically driven business. Artificial replacer is perhaps bad enough, but what we all need to think carefully about is the harrowing nature of that separation of calf and mother. Anyone who has been close to a dairy farm when it happens can’t surely be unmoved.

At Calf at Foot though, the cows keep their calves and the milk is simply shared with us human consumers. There’s no cheating – no fostering calves on to ‘nanny’ cows or weaning early and pretending that’s the same thing – each cow keeps her own baby for the natural suckling period of 9 months or more out of a passion for compassion. Moreover at Calf at Foot the milk comes with an old-fashioned creamline – it is unpasteurised, unhomogenised and otherwise unadulterated. It comes out of the cow, goes into a bottle and then goes straight to the public.

In addition cattle are truly grass fed cattle – they never receive no grain at all! This has obvious environmental benefits with grain requiring large amounts of diesel-guzzling tractor work to prepare the soil, keep the crop healthy with synthetic chemical applications and then harvest and transport the results. Grass however can be grown without most of this, and only enough to get the cows through the winter needs to be harvested and transported. Grass feeding is also believed to produce a more nutritionally balanced milk.

The day I was at Calf at Foot, Fiona was preparing to be at a local show for the weekend and had brought in a locum milker, Colin, to cover for her during that time. This meant that the guy had to be trained to her ways despite being an experienced dairyman – Fiona’s cows are completely urestrained for milking for example, unlike in a normal caged parlour, and they each know their name, coming in one at a time to call!

At the same time Fiona’s daughter who normally helps out with admin was sick in bed with flu! As result Colin and I got escorted to where the cows were pastured and ‘invited’ to walk them back along the track to the milking parlour – a room itself which is a law unto itself with office and kitchen alongside, complete with flowers on the table!

To say that the cows had a mind of their own would be an understatement. They were just unbelievably nosey and inquisitive, looking into everything and anything along the way. The result was an hour to bring them half a mile. When we got back, somewhat embarrassed by the length of time we’d taken, we were congratulated on being so quick. It normally takes towards a couple of hours under Fiona’s understanding direction. This lady really does love her cows!!

Click here to buy the book Unlikely Heroes – the documentary photobook about the current agrarian renaissance in England and Wales, and featuring Calf at Foot Dairy. 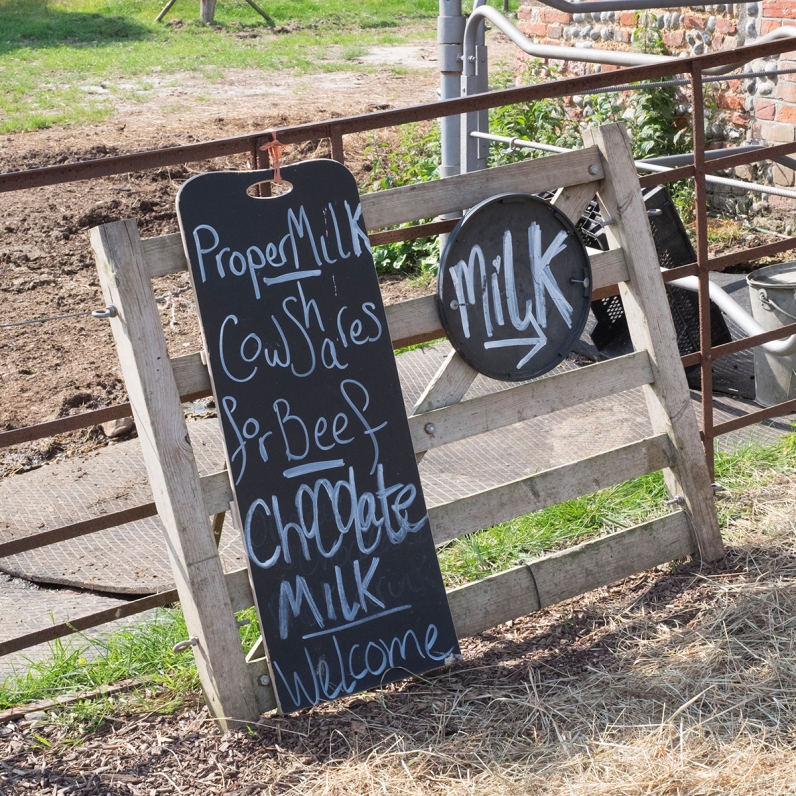 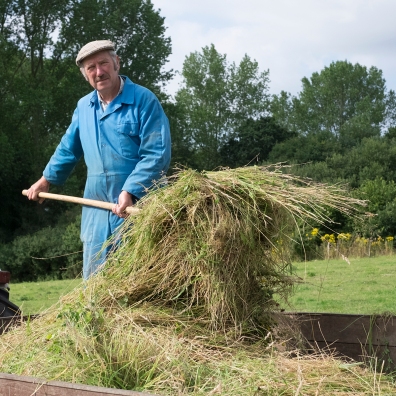 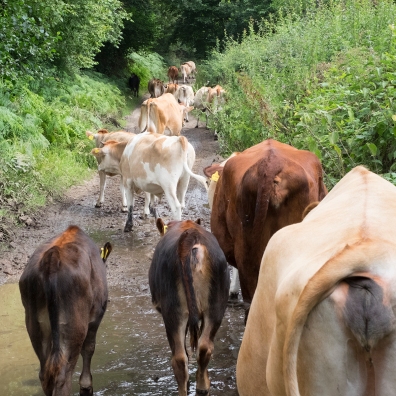 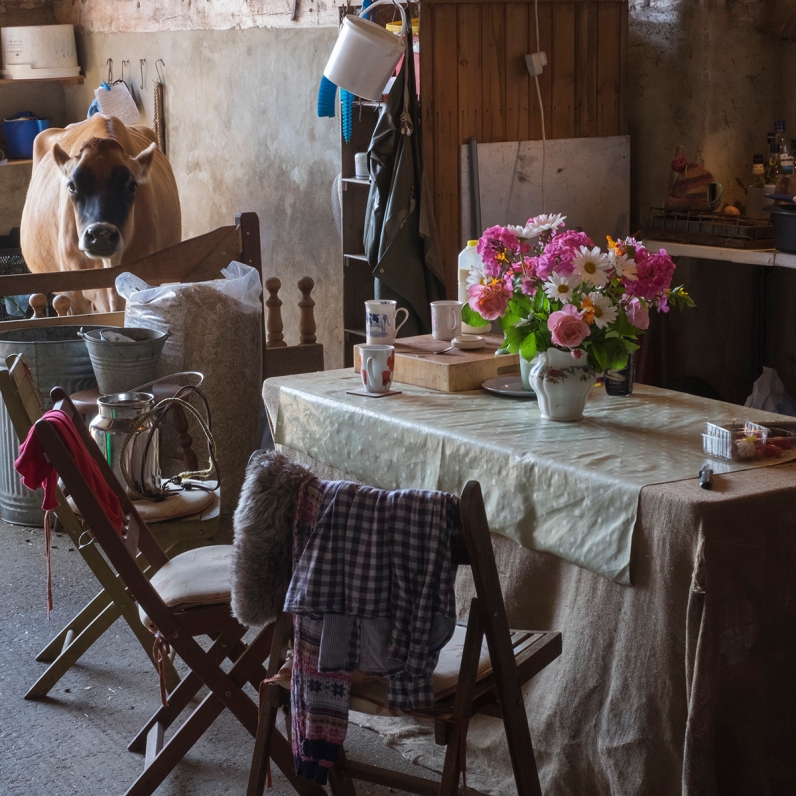 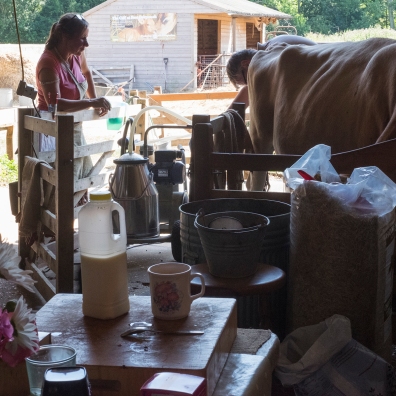 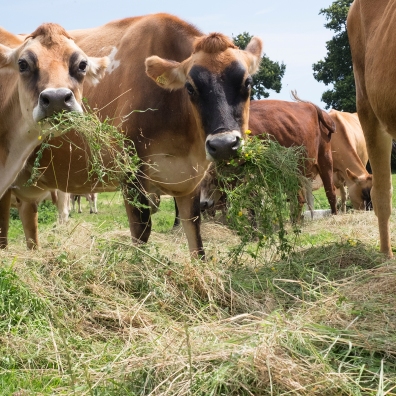 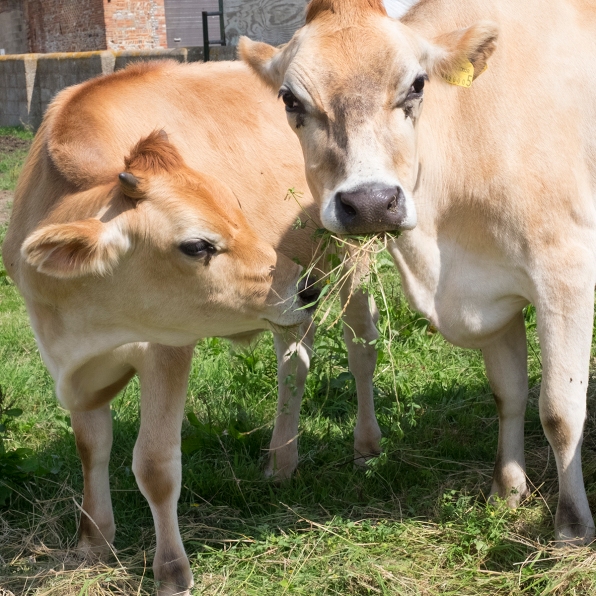