Seven years ago Joanne Mudhar used her life savings to buy 12 acres of agriculturally depleted land and started turning it into Oak Tree Low Carbon Farm. Today she has an young, embryonic, community-focused business – but not without its scares and hard work!

The farm is just outside Ipswich adjacent to the village of Rushmere St Andrew where Joanne grew up. Used for decades as a base for industrial farming, the soil was just exhausted. Joanne’s vision was of a land which would be farmed sustainably – in particular with low carbon emissions – and home to a financially viable, market garden which was at the heart of local community.

In the first year Joanne grew vegetables on three-quarters of an acre of heavily manured soil and sowed clover and grass on the rest. Through her enthusiasm and application she inspired Tom Wilmot, a teacher, and Eric Nelson, who worked for BT, to join her as the founding directors of a community interest company and help her in to start to turn dreams into reality.

The plan to grow vegetables was soon supplemented by one of also having pigs, cows and hens! Joanne had to quickly, cheaply and efficiently restore real life into the soil – and it was soon apparent that the best way would be by bringing in livestock. Thus the farm became proud owner of half a dozen pigs, a clutch of egg laying hems and two Jersey bullocks. The land on which the animals are kept is rotated regularly and frequently. Its not a text book case of holistic mob grazing, but fits with a farm that it is setting out from virtually nowhere and with any financial resource locked up in the purchase of the land.

The lack of financial reserves means a constant eye on the bank balance and the need to apply for (grant or loan) funding for virtually everything that is done until the farm at least financially neutral. Just over 12 months ago, just as the first signs of real progress were beginning to emerge, a real crisis arose when one of the funders which Joanne had signed up found itself unable to continue with its financial support. An emergency crowd funding appeal was launched Whilst promoting the appeal drained energy away from the farm, it was a success and the farm was able to secure monies which could underpin truly long term development.

My first visit to Oak Tree was on a bitterly cold and windy February day. Oh the delight in getting back on a warm, dry summers day! A day full of activity from the numerous folk who come along to volunteer their labour to make the farm work. Feeding pigs, moving the cattle, moving the hens, planting brassicas, weeding, harvesting in the poly tunnels…..it all takes time and effort. Just over 50 families buy into Joanne’s veg box scheme which distributes weekly ‘share’ from the farm – with part of the payment being in kind through two hours a week voluntary work on the farm.

Whilst the emergence of a community farm is real and the evidence clear to anyone who visits, the effort has taken its toll on Joanne who has decided to take more of a back seat and hand over to others to do the planning and day to day running. This summer (2017) will be her swan song as head gaucho…..but what a legacy to be leaving for her successors. A joy and privilege to experience.

For more on Oak Tree Farm see the farm’s website, and the report of my first visit

Click here to buy the book Unlikely Heroes – the Feeding Body and Soul photobook about the current agrarian renaissance in England and Wales, and featuring Joanne and Oak Tree Low Carbon Farm. 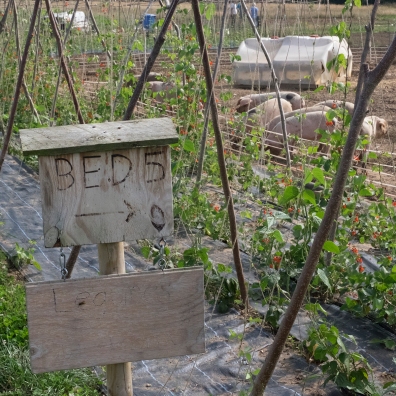 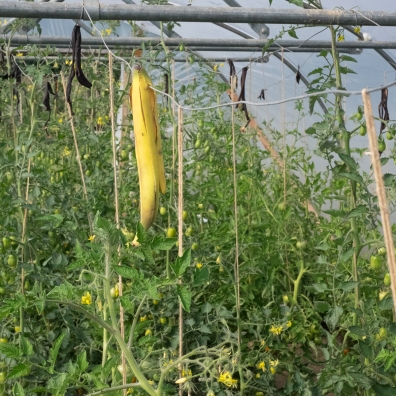 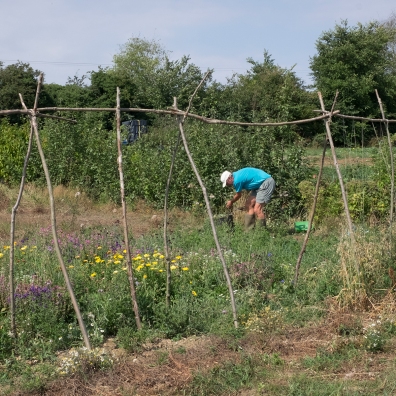 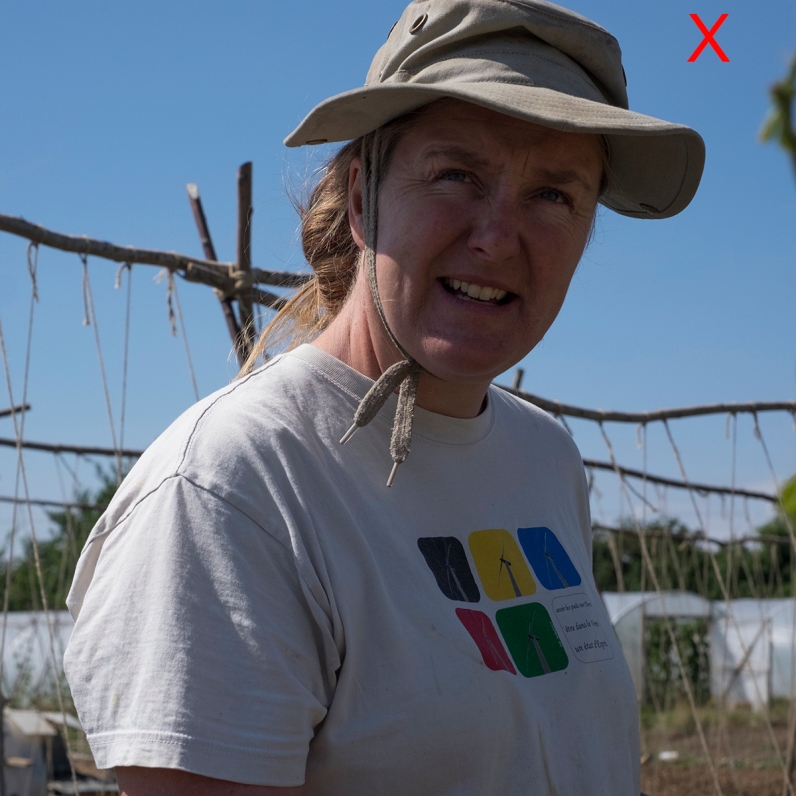 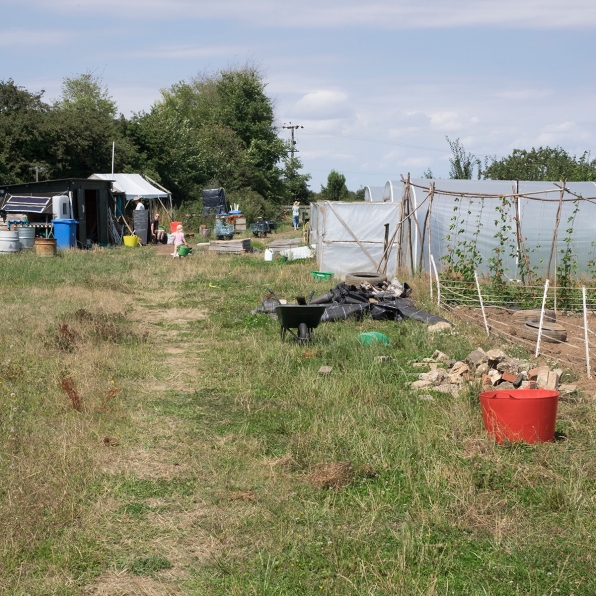 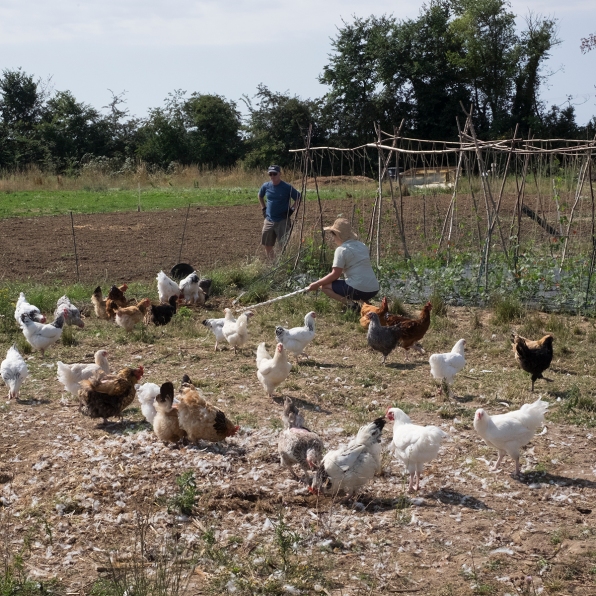 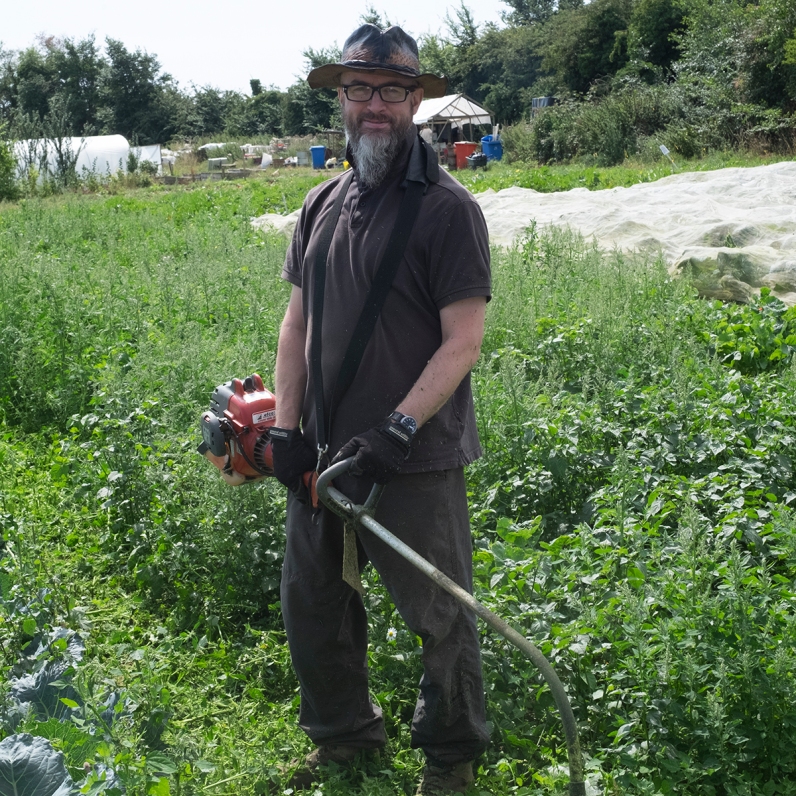 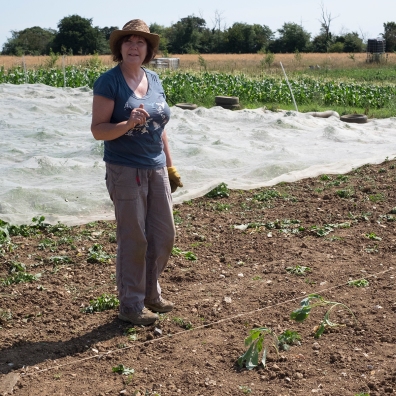 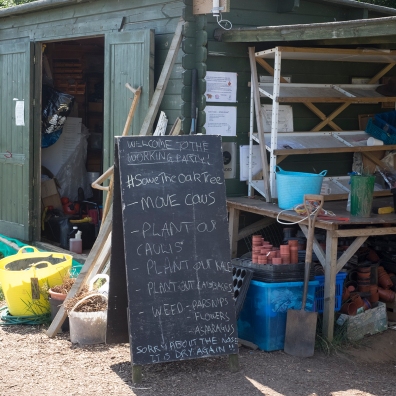