As the sun’s embers gradually faded, there was time on my visit to the Lammas project in Pembrokeshire for another homestead plot to be explored before nightfall. This time it belonged to Melissa Holloway and husband, Matthew Stephens.

Centred on the ecovillage of Tir-y-Gafel, the Lammas project has been created to pioneer a visionary model for living on the land through which its participants are enabled to explore what it is to live a one-planet lifestyle. The project aims to combines a traditional smallholding model with the innovations in environmental design, green technology and permaculture, and to be replicatable across Wales.

At the heart of its village are a group of individual smallholdings of around 5 acres each, all positioned around a Community Hub building and supported by a range of infrastructure projects and networks. Planning permission was granted in 2009 by the Welsh Government and with nine small holdings it is currently part-way through the construction phase. The whole village is completely off grid, and water, woodland and electricity are all managed communally. Tir-y-Gafel was the first fully legal, rural, off grid ecovillage in the UK

Lammas was granted planning permission by Pembrokeshire County Council under a policy, known as ‘Policy 52’ which included that at least 75 per cent of basic household needs should be met by means of land-based activities. Over its first five years though it proved conclusively that upland permaculture-based smallholdings can be far more productive and sustainable than previously assumed. In its fifth year (2014) Lammas site for example generated around £93,000 from land-based activity, which compares more than favourably with the productivity beforehand – when it was typical sheep grazing pasture – of between £2,500 and £3,500.

Each of the nine families who set up the site manages around five acres of what was previously one single sheep farm, comprising mostly upland pasture but with some 15 acres of mixed woodland which is managed communally. It’s marginal land and making a go of it has not been easy but the naysayers have been proved definitively wrong. In their five acres each of the occupants can do exactly as they wish, and the variety of produce being squeezed from this land, once the soil has been enriched through natural, organic means, is astonishing for such a location.

In common with many of the other residents, Melissa and family have ‘many strings to their bow’ in terms of income generation. Her six hives of bees play an important role in fertilising the crops of her own and other’s gardens, fruit bushes and trees. In turn, they provide her with honey to sell, and a source of wax for cosmetics and furniture polish. In addition she grows and sells vegetables, salad crops and strawberries, and teaches willow-work and basket making at a centre a few miles away. Her small holding also produces seed for the ‘Real Seeds’ company – and indeed in late September the polytunnel was strange sight of apparently left over, uncared-for plants. Definitely not so– each plant was bearing fruit which was in the process of being left to mature so that it would yield a rich harvest of seeds.

Through such means, the productivity of the land at Tir-y-Gafel has been increased by over 30 times, as well as now providing homes for some 34 people plus domestic animals and birds. Biodiversity has also been increased many times over by planting 10,000 trees, creating additional watercourses, and diversifying habitat through interspersing organically cultivated garden with wild areas.

Success is very dependent for all the residents on volunteer input. Many many hands have helped and aided development and maintenance. So it was on the day I visited Melissa with WWOOF’er, Selina Viimyrla, busy alongside her in the garden.

Lammas’ success was one of several development which led to the adoption by the Welsh Government of the ‘One Planet Development’ policy. This ground breaking policy means it is now possible to build new homes in the open countryside in Wales provided there is a clear commitment to sustainable living, zero carbon building, and land-based livelihood.

A key element in overseeing the implementation of the policy is the One Planet Council, an independent voluntary body which enables and promotes One Planet Development. The body produced very forward-thinking planning policy for the provision of affordable and sustainable ways for people to live and work on their own land, bringing social, economic and environmental benefits. It was this that adopted by the Welsh government in 2011 as part of its One Wales: One Planet scheme. The One Planet Council now provides a bridge between applicants and local planning authorities, with guidance and tools to support anyone making the transition to this more sustainable way of life. It works also with those who have already made that leap, and with policymakers, academics and landowners. The aim is to enable a broad range of exemplar One Planet Development projects throughout Wales and comprised of people from all walks of life.

For more on Tir-y-Gafel and the wider Lammas Project see my previous two posts on Tao and Hoppi Wimbush, and Cassie and Nigel Lishman 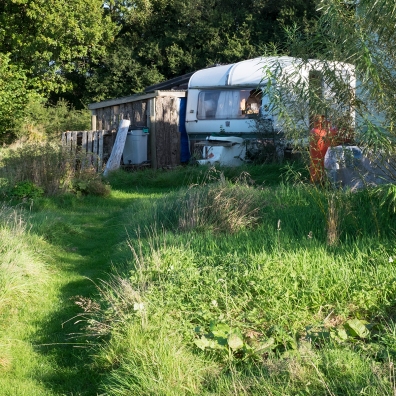 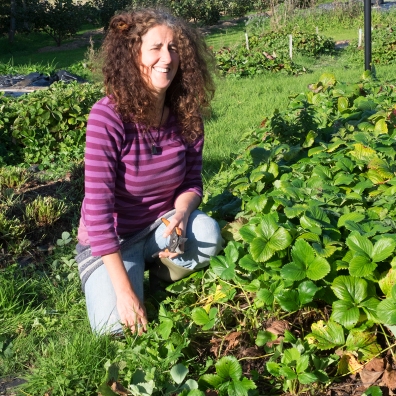 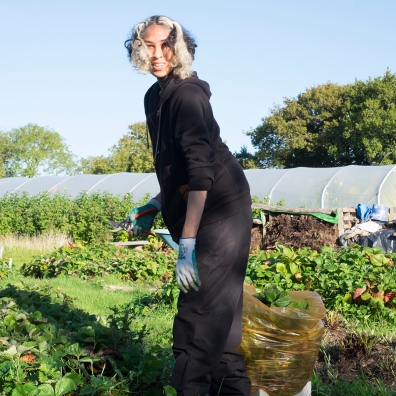 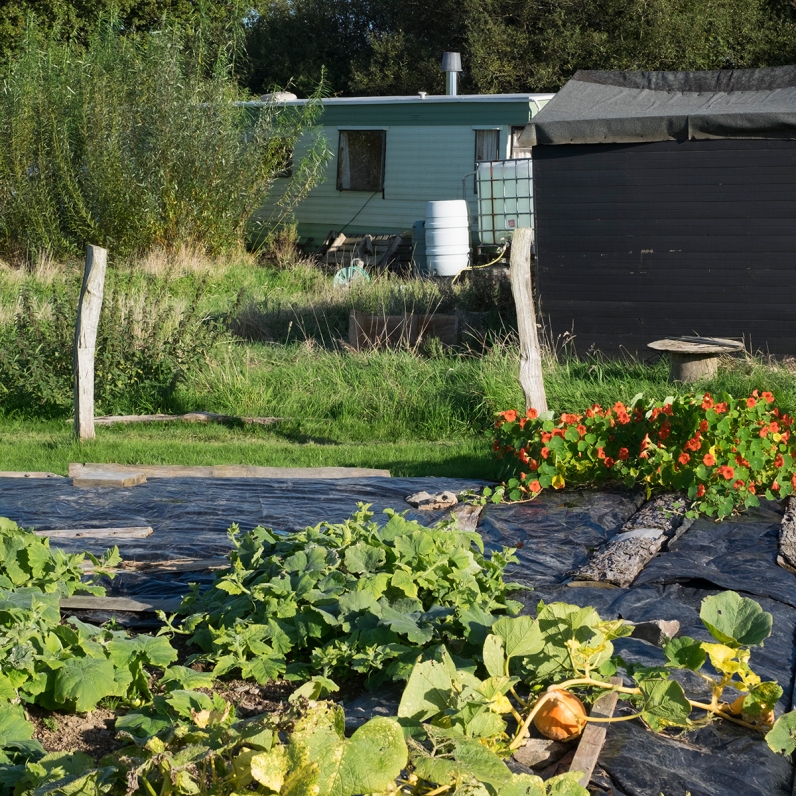 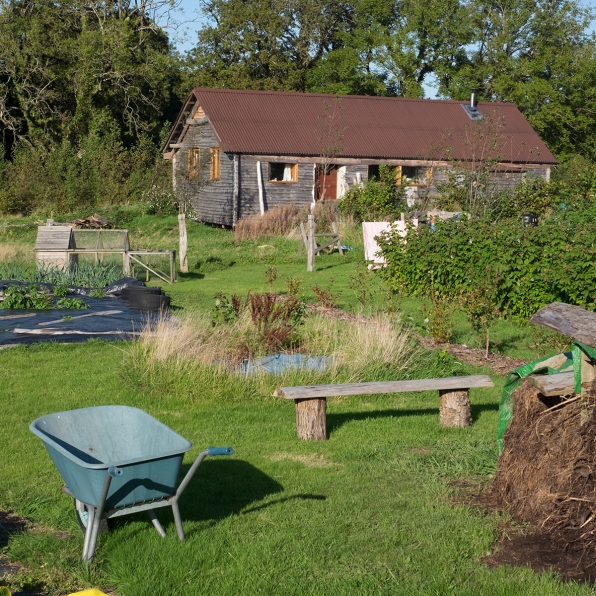 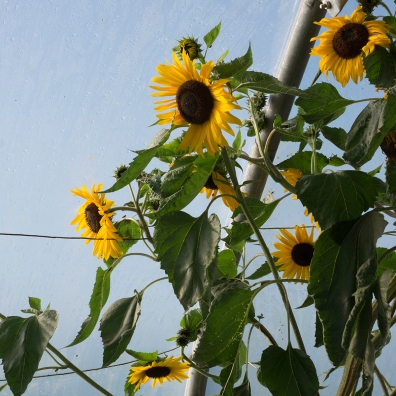 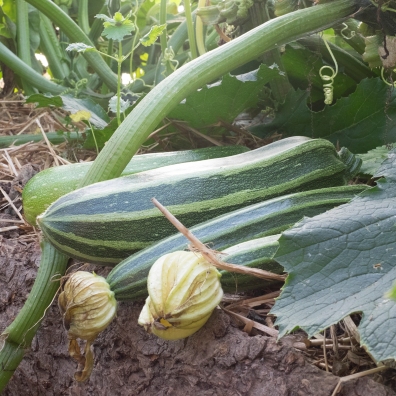 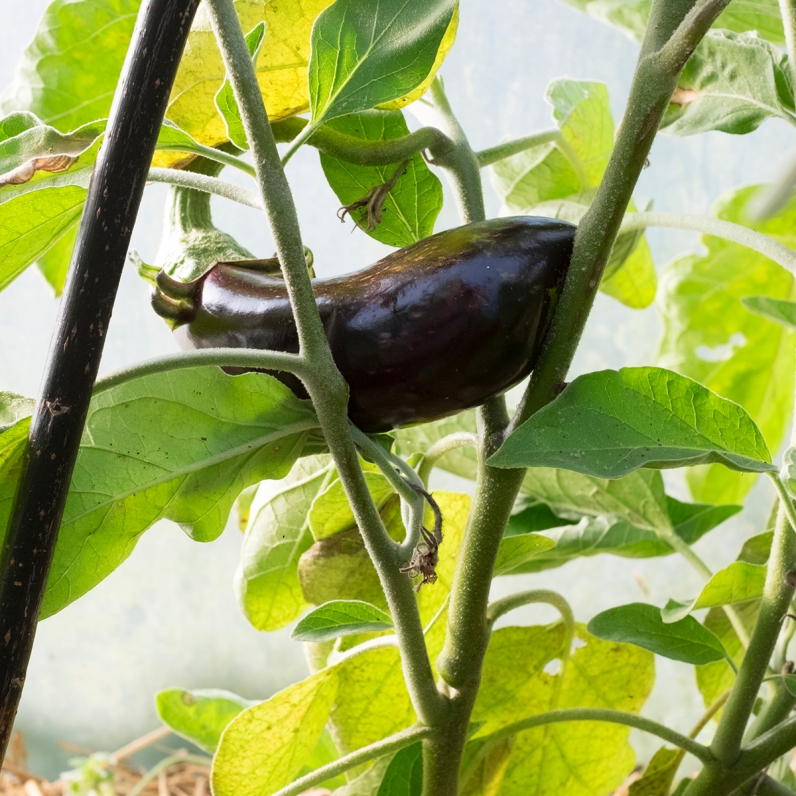 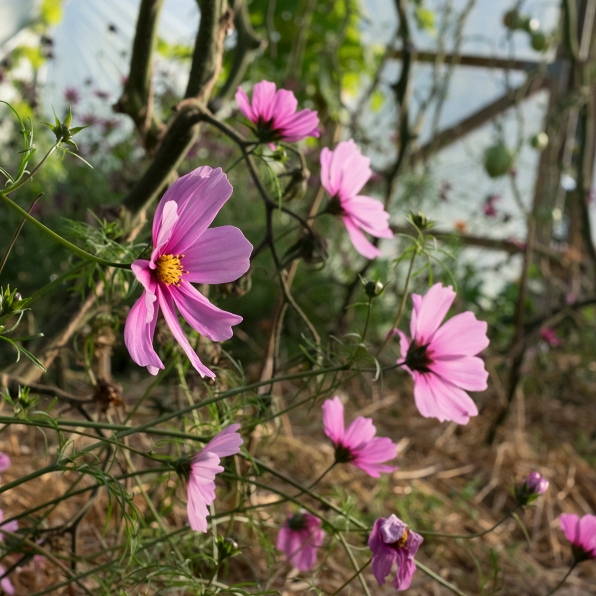 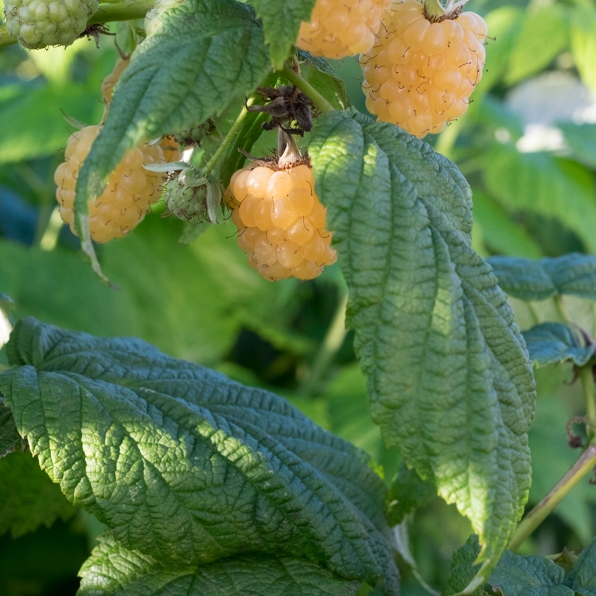 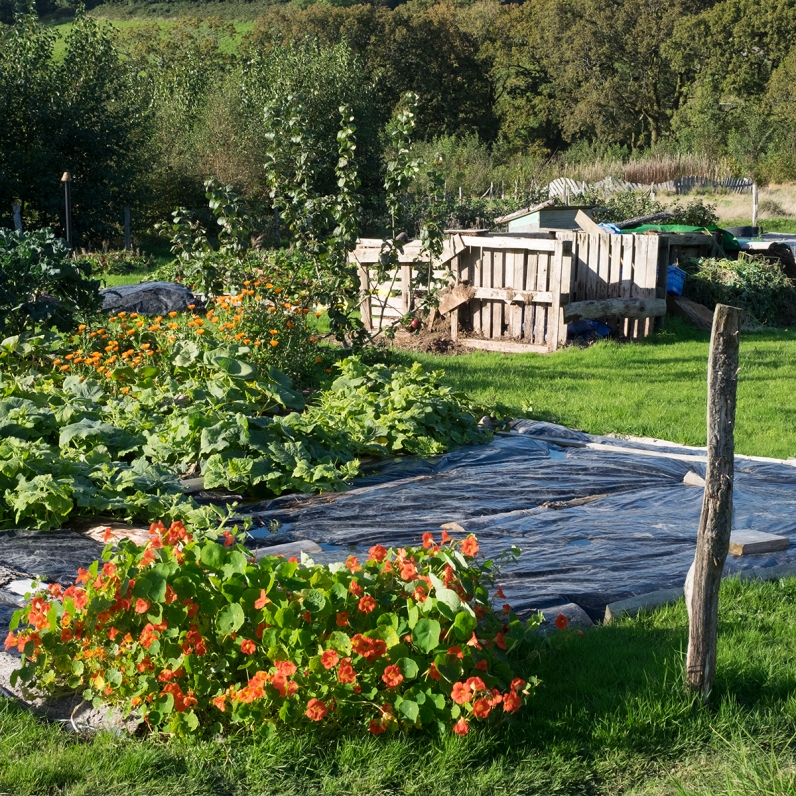 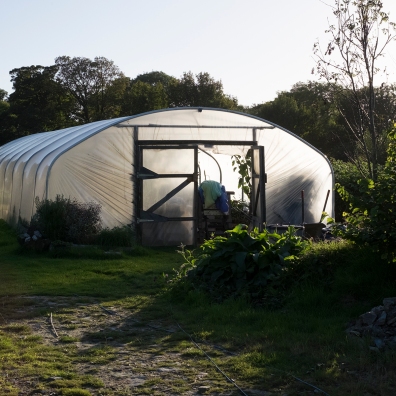 Addendum: Not only have the residents of Tiy-y-Gafel built their own homes, they have also, with much voluntary help, built a community hub. It is almost entirely constructed using local materials, which as far as possible are natural and/or recycled. The frame was

constructed using locally grown Douglas Fir, filled with straw bales, and finished with lime render. More bales provide insulation within the turf covered roof, one single entity curved to cover a terrace and passage connecting gardens at the rear with open space for gatherings to the front. Heating is supplied by a combination of electric underfloor heating, powered by the hydro system, passive solar gain, and biomass, from the community woodland, via a masonry stove. The building is entirely run on renewables. The Community Hub’s main purpose, and the one for which the money was originally intended, is to provide a centre, and a demonstration project, for the research, education and promotion of low-impact living. It also also provides a meeting and social space for the Lammas residents as well as facilities for processing their land-based produce (such as drying seeds) and exchanging goods.