Romanesque cauliflowers have to be some of the most visually wondrous crops to come from the British countryside. And what a blessing the factory farming community don’t seem to be interested in them! Late autumn cauli and general brassica cutting at Organic Pantry near Boston Spa was a delight to behold.

The farm – formal title St Helen’s Farm – covers some 300 acres of rolling fields between Leeds and York, and has been in the ownership of the Watson family for over 100 years. When Jonnie and wife, Fanny, inherited it from Jonnie’s father some sixteen or so years ago it was an intensive pig rearing operation. BUT, change was in the air as Jonny and Fanny were not feeling too enthused at the prospect of spending a lifetime in this form of farming. A bold decision emerged to change direction with the result that the farm is now 100% organic veg – a status achieved in 1999 – with over 50 varieties of vegetable and salad crops grown across the year. Thus, St Helen’s Farm gave birth to Organic Pantry!

You can’t get away from the fact that Organic Pantry feels much more like a business operation than most of the other inspiring but fragile operations I have visited. This is partly the scale but also partly the fact that Jonnie and Fanny have also established a thriving organic wholesale business at the farm, and supply fruit and vegetables to outlets across the north of England. Son, Freddie, is also running a prepared organic veg business from their supplying ready to cook produce to local authorities and the like. This is as much an entrepreneurial activity as it is organic. It feels like a professional business and employs some dozen or so staff. It is easy to forget just how much those first few years of organic veg growing in place of pig rearing were a radical and high risk choice.

Local roots also remain alongside the wholesale side with an extensive veg box scheme alongside farm shop selling whole foods and organic meat, veg and groceries. Organic Pantry also sells direct at several local farmers markets and in 2014 was a finalist in Yorkshire Finest Taste competition run through the Yorkshire Post.

Despite the need for a level of mechanisation this is very far from factory farming – the fields may yield several tonnes of purple spouting broccoli, for example, but this was not your vegetable production on the monoculture scale of Lincolnshire and the like! Ask any of the team that work for Jonnie and Fanny, working here requires the physical effort required of being hands on to the land rather than big tractor driving skills, as reflected in the back breaking effort – yet exquisite beauty – of a field of Romanesque cauliflowers being picked through for the weeks’ orders.

The creation of a successful Organic Pantry could not have been followed through without combining business clout with a meaningful commitment to sustainable and ethical food production. Despite its ‘commercial’ roots, it is a business through which the family can be proud to promote their passion for the environment. Indeed I can’t help but feel we need more Organic Pantry’s as models for the less experienced/less commercially savvy to follow! 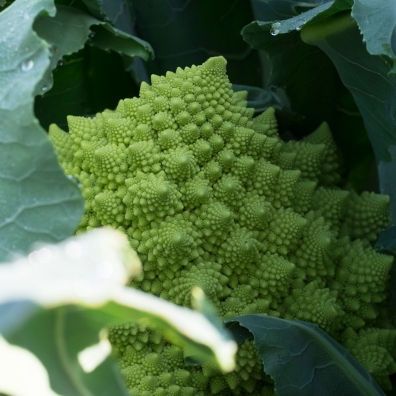 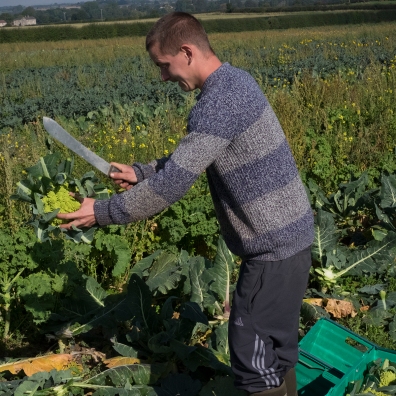 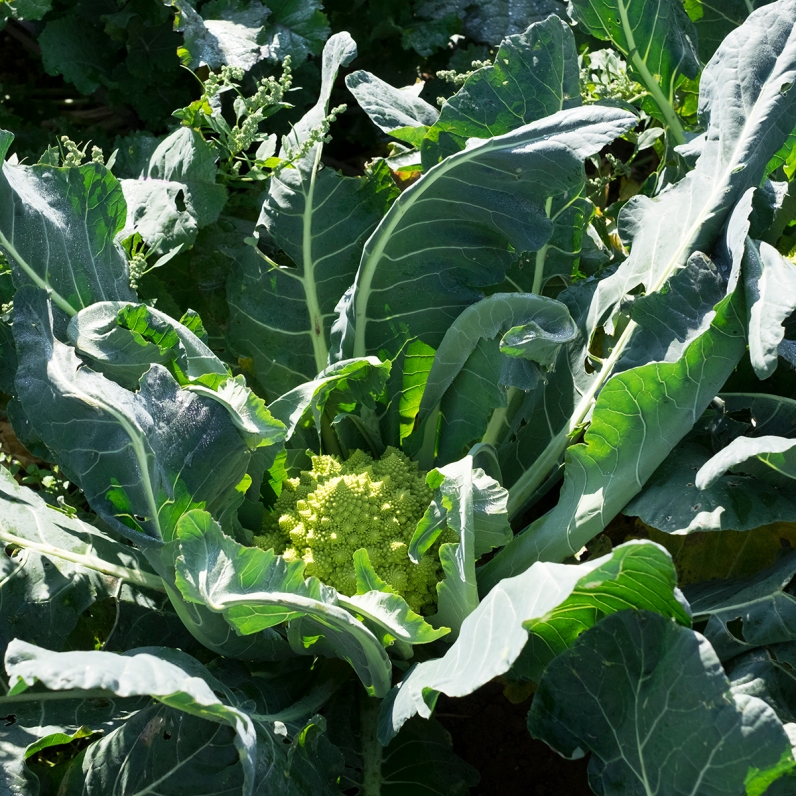 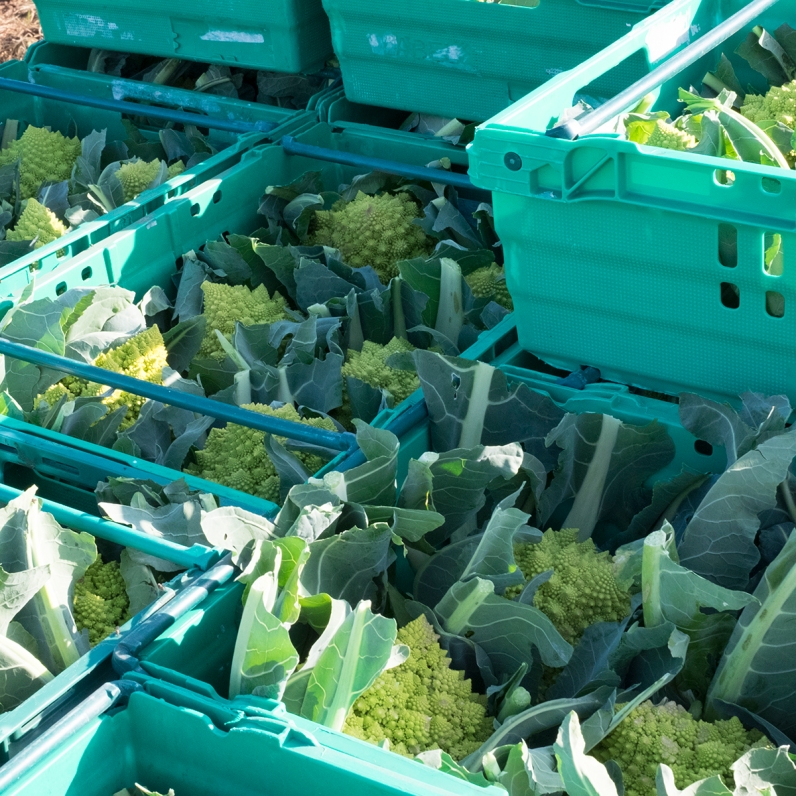 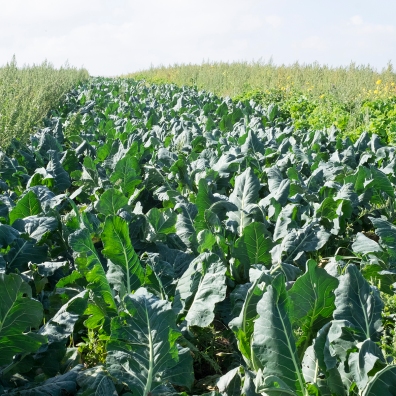 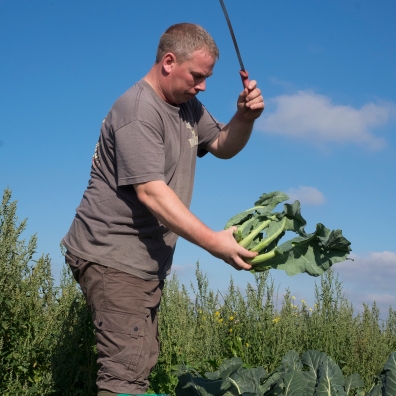 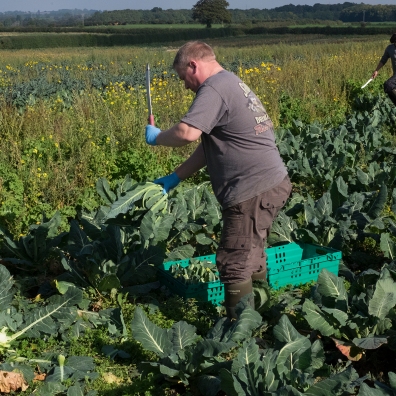 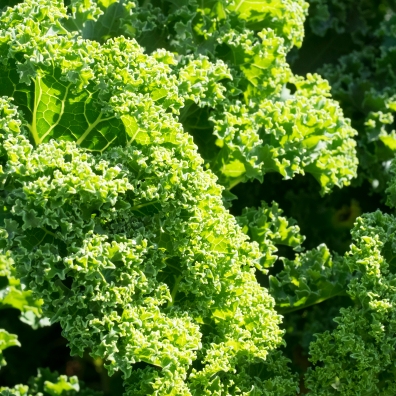 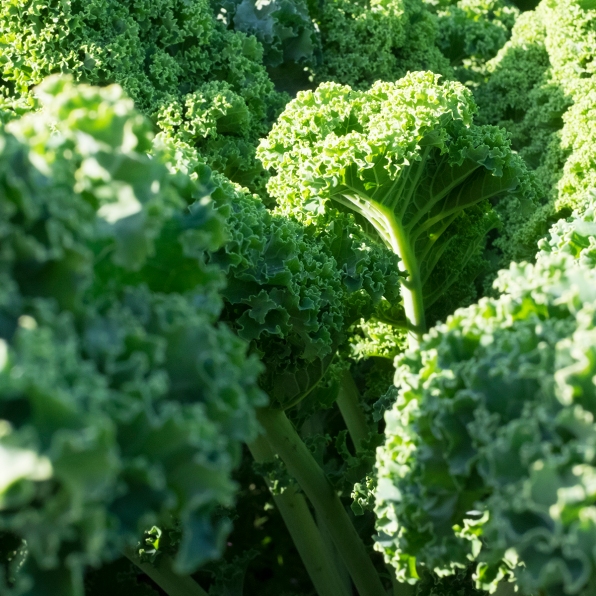 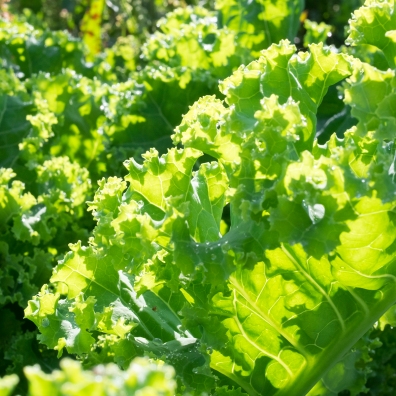 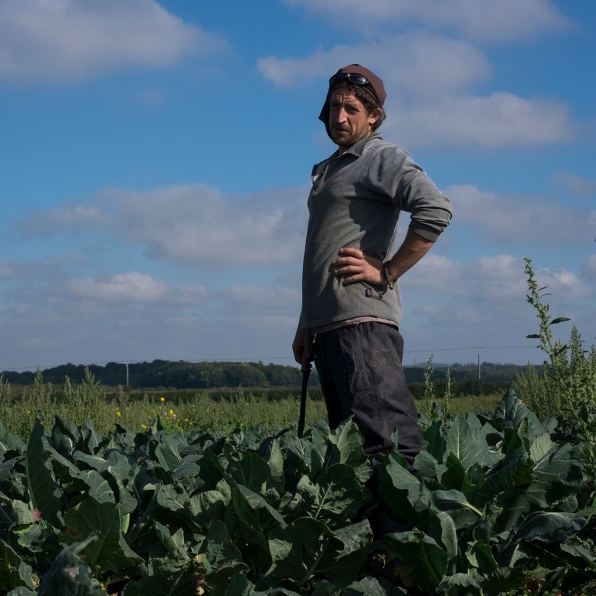